Market Lavington had quite an expansion of housing in the late 1960s and early 1970s. During that period housing was built at Canada Rise, Fiddington Clay and Bouverie Drive. Today we are looking at the Bouverie Drive area when that area was an open field with no housing. The photo dates from the mid 1960s. 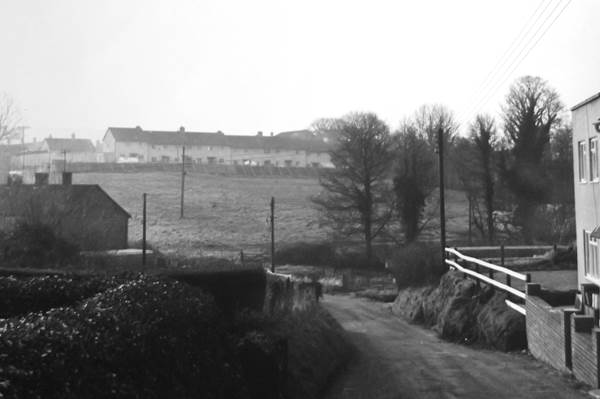 Site where Bouverie Drive was built, as seen from Northbrook in the 1960s

We are looking down Northbrook and this is not such a different view from one we showed (here) when the Bouverie Drive houses were new.

The house on the right has been modified, but is still there and the terrace down near the stream looks much the same although two of the four cottages have been merged into one larger house. The field occupying the middle of the photo (with a telegraph pole in it) is where the houses of Bouverie Drive were built. At the top of the hill are houses which get called ‘Market Place’ although really these are set well back from the market square.

The trees alongside the stream have gone. A weeping willow stands near the stream now.

Let us take this opportunity to remind people that local photos are always welcomed at the museum. When taken, this photo would not have been special and one can imagine people wondering why anyone should take it. But now it forms part of the history of the village.