Ben Hayward was an Easterton farmer, born in the 18th century but living most of his long life in the nineteenth. In  1824, Ben commenced making notes about his life in a notebook. He continued making some notes for 60 years.

Many of the early notes are concerned with farming, but as time went on and Ben gave up farming, his enthusiasm for bird life shines through.

The curator has been copying this book. Descendants of Ben wish to keep their own family records. Amongst Ben’s writing is ‘The Lavington Hawking Song’. 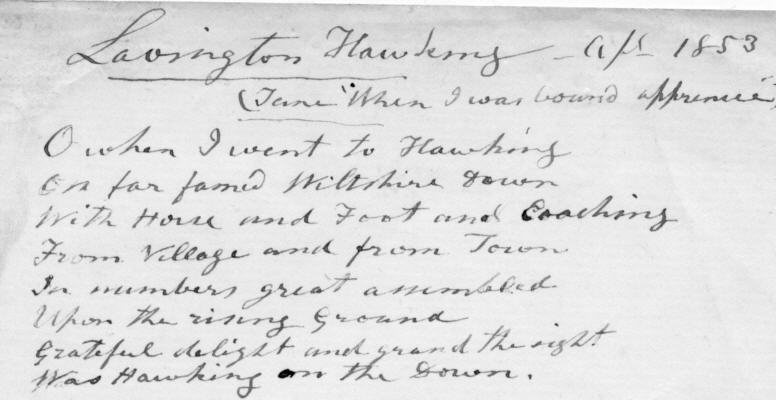 "Lavington Hawking" as written out by Ben Hayward

One piece of the jigsaw proved hard to find – just where did Ben Hayward live? The answer came (it agreed with previous guesswork) in a scrapbook entry found just a few days ago by a museum friend in Easterton. 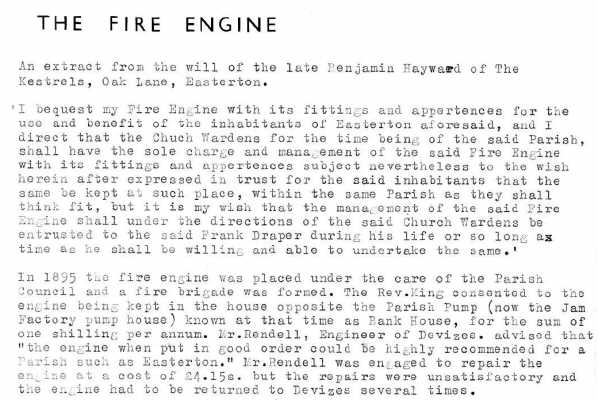 Extract from Ben Hayward's Will

So we now know that Ben lived at Kestrels, along Oak Lane.