Kestrels is a house in Easterton. The present owner is attempting to write up the history of the house. This blog is an appeal for help, information and photographs.

Kestrels is a listed building so we can turn to the listing citation for starters.

But of course, the area was inhabited long before the early 18th century when this house was built. We have already looked at Roman finds from the Kestrels area. Click here for that information.

We know that Ben Hayward lived at the house during the second half of the nineteenth century and we think it pretty well certain that the name Kestrels was his choice.

Our curator recently acquired an old magazine published by the Wiltshire Archaeological and Natural History Society. 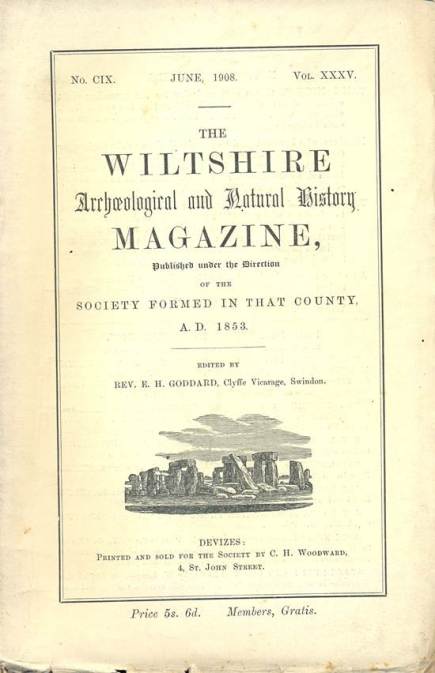 This has an article in it which mentions Ben Hayward and Kestrels although the article is about a dispute regarding small pox victim burials. But here is what the author had to say about Ben and Kestrels.

The first document is endorsed” The King v. Williams on the prosecn of Axford. Case.” And Oil the packet containing both documents, in my father’s (the late Rt. Hon. Edward P. Bouverie) handwriting is written

“These papers were given to me by Mr. Benjamin Hayward, of Easterton, 1876.” This Mr. Hayward, who lived to a great age, and died shortly after this date, was a yeoman farmer and resided in a charming little seventeenth or early eighteenth century house, which still exists with its architectural attractions, on the west side of the lane running north alongside of the Royal Oak Inn, at Easterton. The taste of the later Victorian period has, I think, done the house some injustice by calling it ” The Kestrels,” though it may be that the ornithological researches of the then proprietor justified him in this nomenclature, and I believe the present occupier-Mr.Selfe-adheres to the name which he found recently attached to the house; but there are perhaps few houses of so small a size in the South of England where the architect has been allowed to exercise the style which is associated with Inigo J ones and his successors.

Any further information would be very gratefully received.