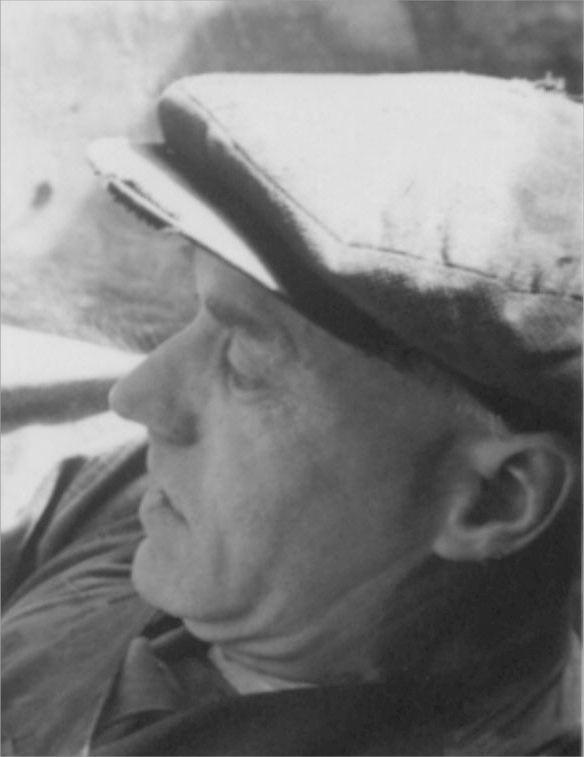 Bert Burnett became the blacksmith and Farrier working for The Gye family on White Street in Market Lavington. But Bert was Easterton born and spent his early working life there.

We have already seen Bert (Herbert was his full name and he was born in about 1895) as a young lad in an Easterton School photo and as a young man in a Burnett family portrait photo. Now we’ll look at his working life.

Bert became a blacksmith. The 1911 census lists him as such, living in Easterton.

A rather battered photo we have at Market Lavington Museum shows the Easterton smithy, and possibly has Bert in the picture.

When the Easterton smithy closed, the Gyes, in Market Lavington decided to set up their own blacksmith’s shop. They bought the equipment and transported it to Market Lavington. They also employed young Bert as their smith.

Apparently he was a superb craftsman and other blacksmiths in the area lost a lot of trade to the new smithy.

Our pictures show Bert shoeing a horse, probably in the 1930s 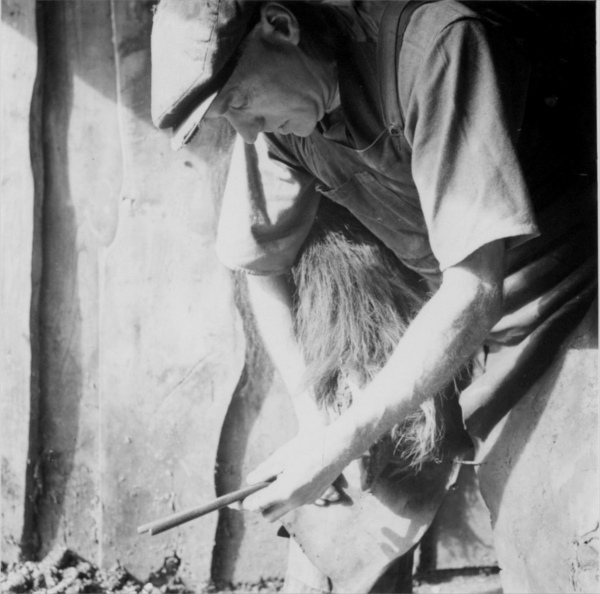 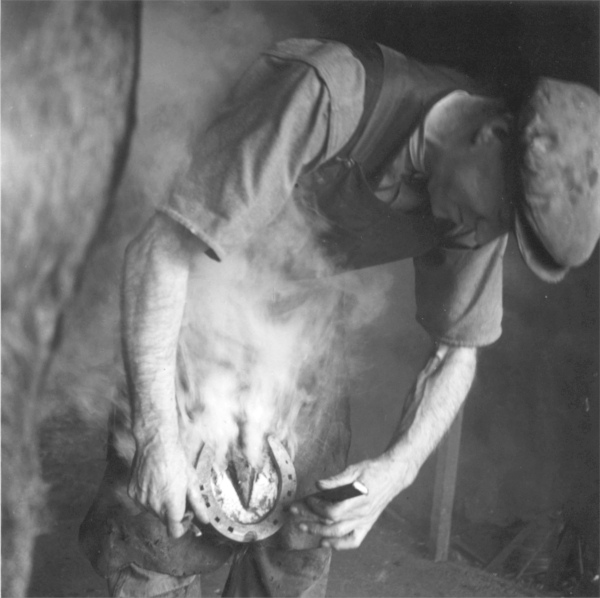 Herbert married Elsie Lucas in 1922. In 1926 the couple lived on High Street in Market Lavington. Later they lived at Frieth on the northern edge of the parish.