We have featured May Elisha, the infant school teacher, many times on this blog. We might imagine that her husband, Bill, was a minor player in the village, but that wasn’t the case at all. Bill, like his wife, was a community minded person and did a great deal for the village.

Bill’s parents came to Market Lavington from Berkshire. Bill had been born in the Reading area in 1902. His parents set up their haberdashery and sewing machine business on High Street,  at the corner of Chapel Lane.

Bill weas keen on sport, particularly football. He was a stalwart of the local club for many years and so it is no wonder that the sports field and recreation ground up Drove Lane is named after him – The Elisha Field.

Bill was also, at one time, the chairman of the Parish Council – a key (voluntary) job in any village.

But he also had time to pursue his own interests. He was an avid aviary man – a keeper of caged birds. Our photo today shows Bill with awards and the birds (best in show) shown at the 1977 Calne and Chippenham show. 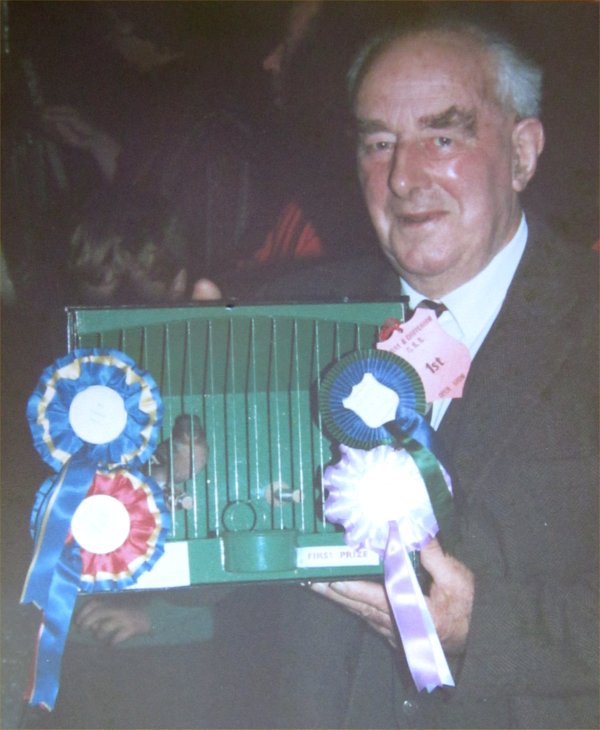 Many folks in the village will have memories of Bill. It will be good to hear them.