It’s a sad fact that many items in Market Lavington Museum have arrived because people did not produce descendants to hand things on to.  This was the case with Bill and May Elisha – and both of them were truly community minded people. They probably didn’t push themselves forward, but Bill even became chairman of the Parish Council in the 1970s and he was always a stalwart of the local football club.

Today we look at Bill as a very young man. 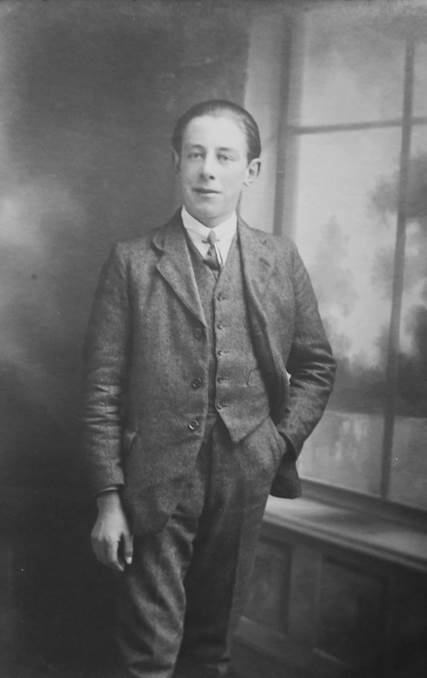 Bill Elisha in about 1918. Bill’s father set up his tailoring business in Market Lavington in about 1910.

Kate died in 1910 and, we speculate, William set out for pastures new for in 1911 he lived at 7 High Street Market Lavington along with his daughter and young William.

William senior had set up business in premises now occupied by the fish and chip shop, on the corner of Chapel Lane.

This photo of Bill Elisha must have been taken when he was about 15 – so in about 1918. It has to be said, he looks every inch a tailor’s son.