Back in 2012 we showed one of two sketches drawn of Bill during World War 2. Today we look at the second of them. 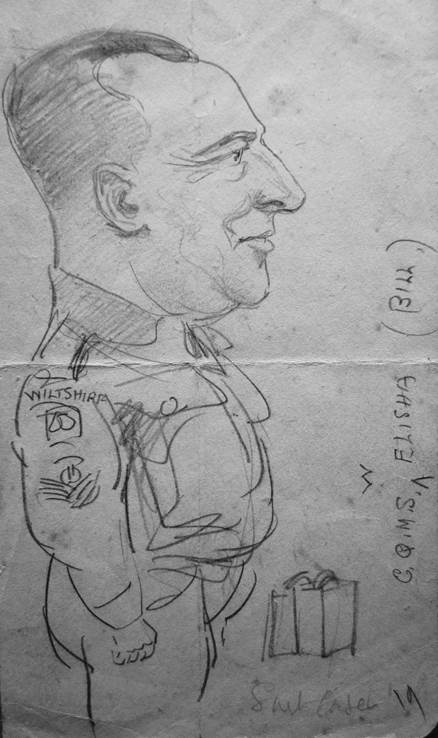 We can see that bill is the CQMS or Company Quartermaster Sergeant in the Wiltshires.

We can’t make out the name of the sketcher but they have thoroughly caught our Bill. As folks say, this is like him to a T.

Bill had many village roles. He was chair of the Parish Council and a long time stalwart of the football club – as a player in younger days and then as a club official. He is remembered because the Elisha Field is named after him.