Back in August 2010, we looked at a newspaper cutting about Tom Forrest opening the Market Lavington Fete. You can click here to see that blog entry.

Now Tom Forrest was not a real person. He was a character in the BBC’s radio0 drama, ‘The Archers’. The actor who played him was called Bob Arnold.

Today we are looking at the poster which advertised that fete, back in 1961. 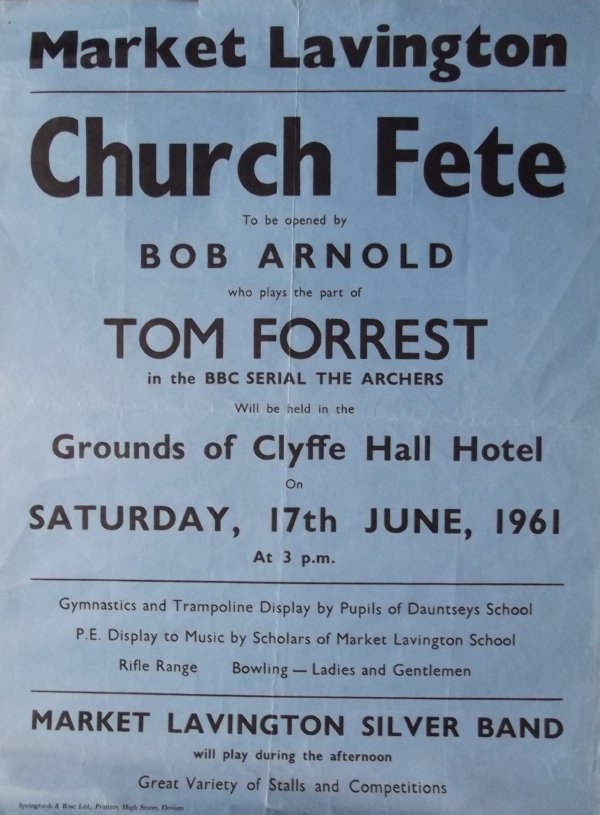 Apart from the celebrity status of Bob Arnold, it is interesting to see the other attractions. Dauntsey’s  School put on a gymnastics display whilst the local, Market Lavington scholars performed PE to music. There was a rifle range and bowling, for both genders, plus a variety of other stalls and competitions. The Market Lavington Silver Band was given large type. This must have been close to the time when the band finally ran out of members. What a sad day that was, although in 2012 it is possible that a new band might be formed.