Bob Potter was born in 1887 and he was one of the sons of Edwin who had run the horse bus between Market Lavington and Devizes. But the Potters were also farmers and our photo shows Bob about his work, tending sheep in 1935. The location is West Park Farm. We assume Bob was able to rent some space there. 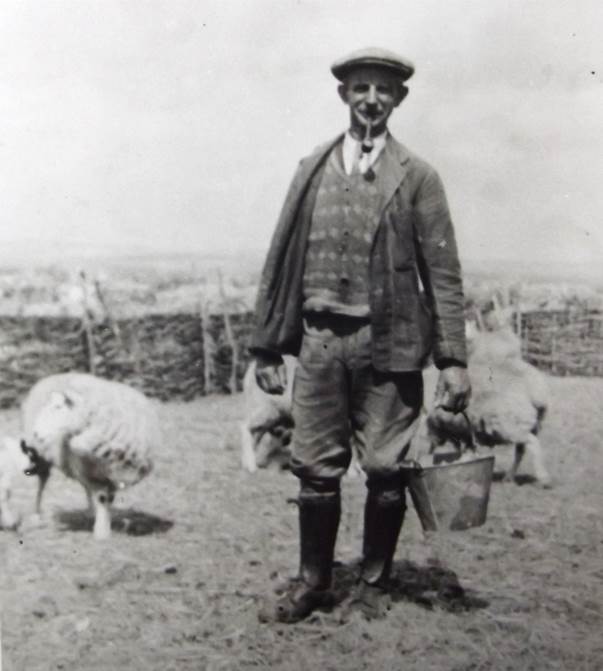 In 1911 young Robert and his wife of two years (Rosine Hawkins) lived on Stobbarts Road and he was still working on his father’s farm. According to our electoral roll they still lived there in 1926. But Rosine died in 1929 and by 1939 Bob lived on Parsonage Lane.

Bob died in 1974 and is buried in Market Lavington churchyard.