During the Second World War, a great effort was made to salvage and recycle all sorts of materials from scrap metal and rubber to rags and bones. Paper was another of these materials, that the public was asked to save for repulping. This was to save on importing wood pulp from overseas, risking the lives of seamen,  and to involve the general public in the war effort. Between 3rd September 1939 and VE (Victory in Europe) Day on 8th May 1945, Britain salvaged 4.2 million tons of waste paper, with half of this coming from household collections.

Recycled paper was made into cardboard with many military uses, from bullet cartridge wads to parts of mines and bombs and from petrol containers to the jointing in concrete runways.

Over time, constant repulping of scrap paper lessened its quality and a drive was launched to get better quality donations. This led to challenging people to collect books in  a Book Recovery Campaign in 1942. 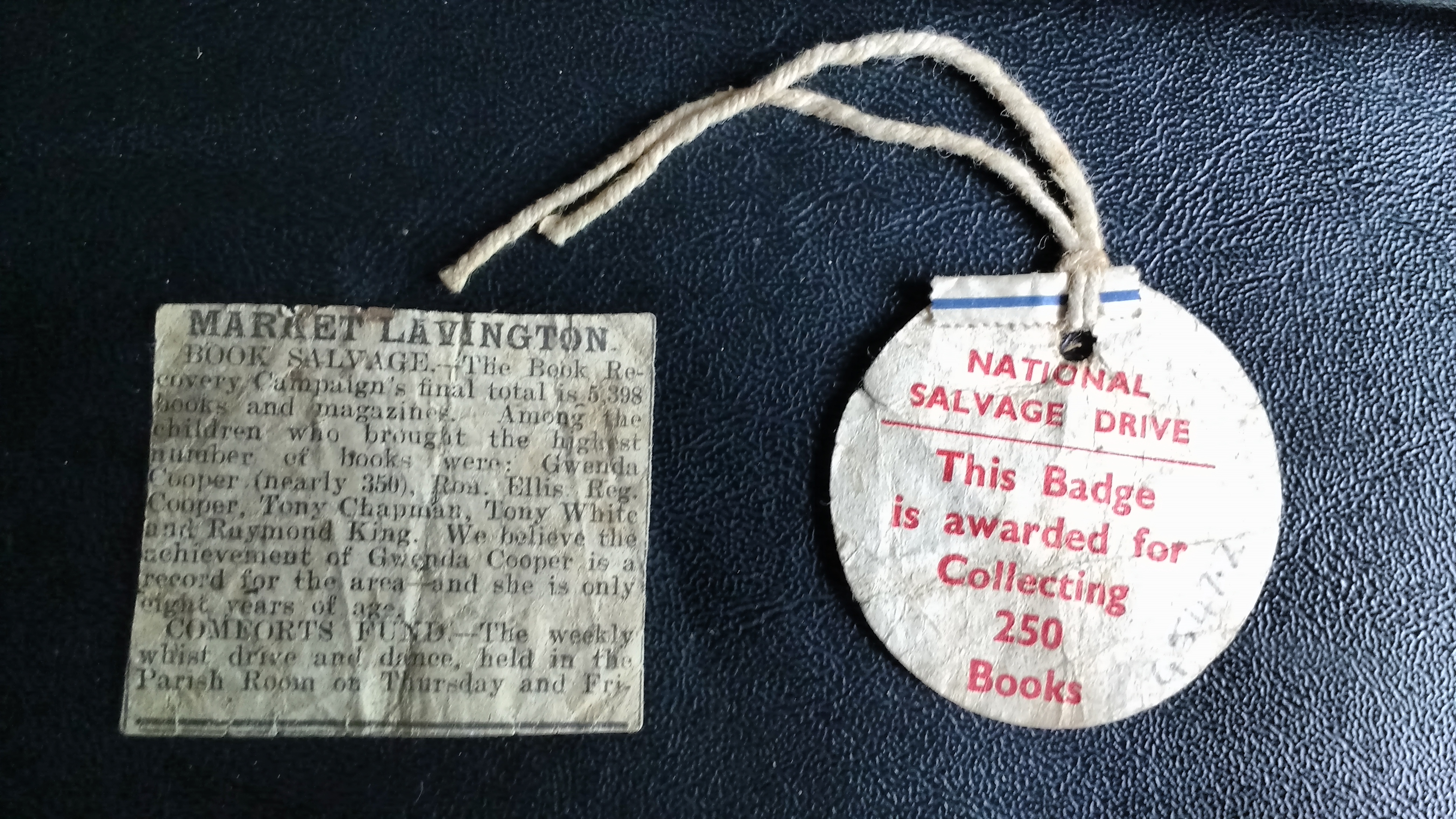 In Market Lavington, eight year old Gwenda Cooper collected nearly 350 books, earning her a paper badge and a mention in a newspaper. These items were obviously treasured and saved for posterity. Nearly eighty years later, they form a part of the village museum’s collection of items of local historical significance.