Bouverie Lodge – then and now

Two years ago the gate house to Market Lavington Manor, known as Bouverie Lodge, suffered a severe fire. The fire started as a freak fault in the owner’s car. Fortunately, there was no loss of life but the pretty little gatehouse was severely damaged. The much more modern ‘pod’ was almost untouched by the flames. The owners were able to find accommodation elsewhere and had the long wait for insurance claims and builders. I’m sorry to say things weren’t made any easier by thieves and vandals who did what these people do – stole things and damaged things for no purpose.

But eventually, the phoenix has risen from the ashes. Let’s take a look at what the original gate house looked like. This photo was taken in 1972. 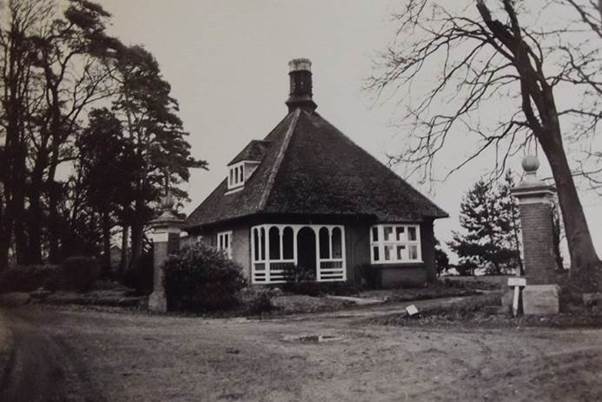 This pre-dates ‘The Pod’ which was built on the far side of this charming little structure. The drive to the manor passes between the gate posts and on the left is the main road from Devizes entering the village. 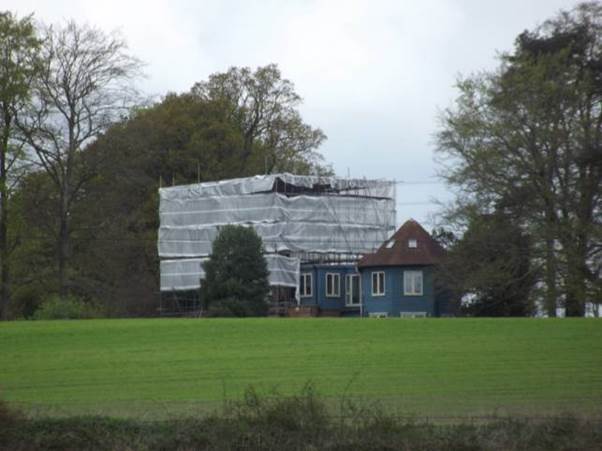 Under wraps after the disastrous fire pf February 2012

Over the past couple of years, this is a site we got used to. Bouverie Lodge is under wraps whilst ‘The Pod’, linked to the older house by a ‘corridor’ is out in the open.

But now the home is rebuilt and made a better family home at the same time.

From this view – what you see from the road – the building looks much the same as ever. The window in the roof is bigger than the old one which probably makes the upstairs room seem brighter and more spacious.

The link between house and pod is much more generous than it used to be but by and large we have the same shape we always had. It is a job well done and we, at the museum, welcome the return of this 19th century little house.