We have had a glorious spell of weather at the start of July. It was like the summers we remember (probably quite wrongly) from childhood. Then, in memory, the sun shone warmly from a cloud free sky and we were free to be out enjoying those carefree childhood days. That would be just like this group of lads back in 1952. 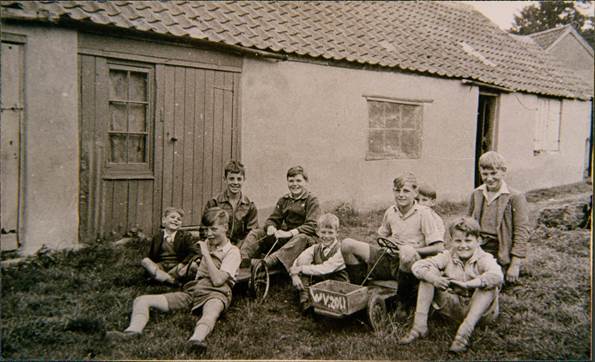 Boys at Broadwell in Market Lavington in 1952

Our museum caption on this photo says the lads are outside the shed used by the band. Oh, the dangers of old captions. The shed and band are both long gone and so, alas, have some of the boys in the photo. The cartie that one of the lads has is sure to have gone.

This building was close by Broadwell and belonged to Merritt the blacksmith. John Merritt of that family was the band master for more than fifty years and he had the space here for the band.

Our caption gives us a list of names of the lads who appear in this photo – sadly it doesn’t attach names to individual people. What we have is:

That’s seven names for nine lads Can you help us?

Let’s enlarge the lads to make it easier. 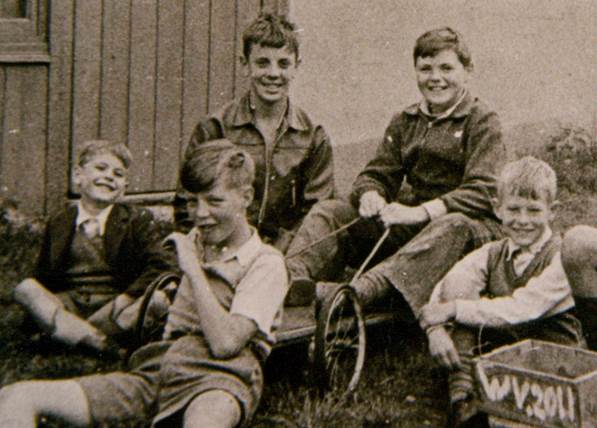 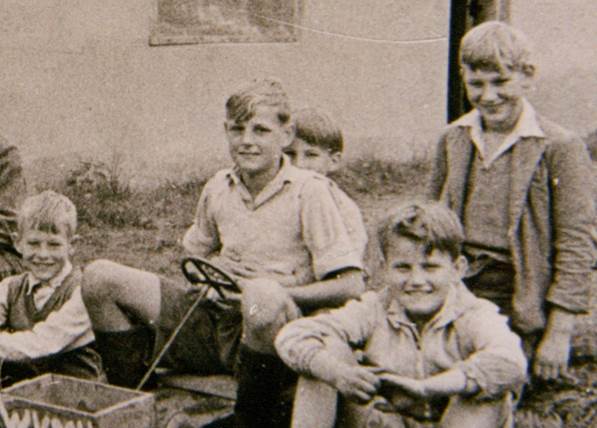