Boys on the Hill

Mr Burgess, the village photographer liked views from the hill. They were an ideal way of showing a lot of the village in one go. 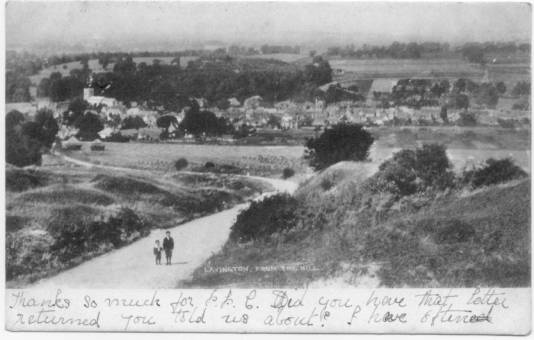 On Lavington Hill - an image at Market Lavington Museum

This card was posted in 1904 so presumably the view is Edwardian.

Two lads walk up White Street. They had probably been posed by Alf Burgess, which makes us wonder if they might be a couple of his sons 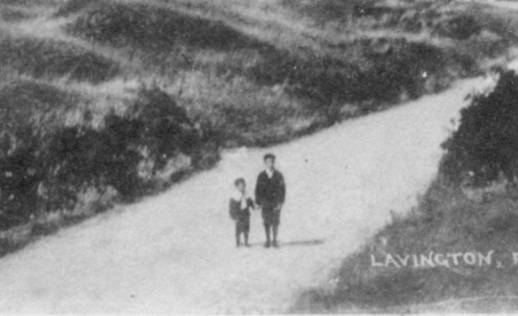 The boys on the hill

That bumpy land behind the lads has all the hallmark of an area which has been dug for lime.

But this card has been selected also to celebrate St Valentine’s Day. It wasn’t posted on that day, but there could be a degree of love implied in the addressing. 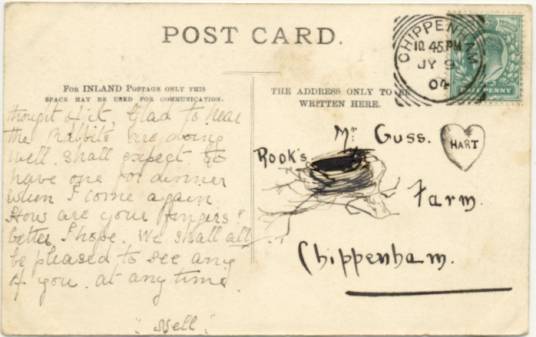 Well maybe not really for the recipient’s surname was Hart which has been drawn as a heart and an attempt has also been made to draw a rook in a nest for Rook’s Farm. 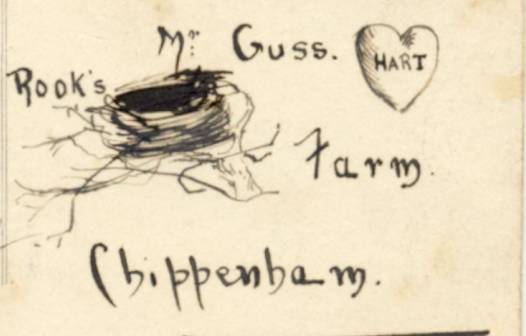 The rather artistic address the card was sent to

Nell, who sent this, clearly had an artistic streak.