We are looking, today, at another photo from that rather interesting little photo album we recently acquired. Once again, the year 1929 is assumed from the date given on other pictures. 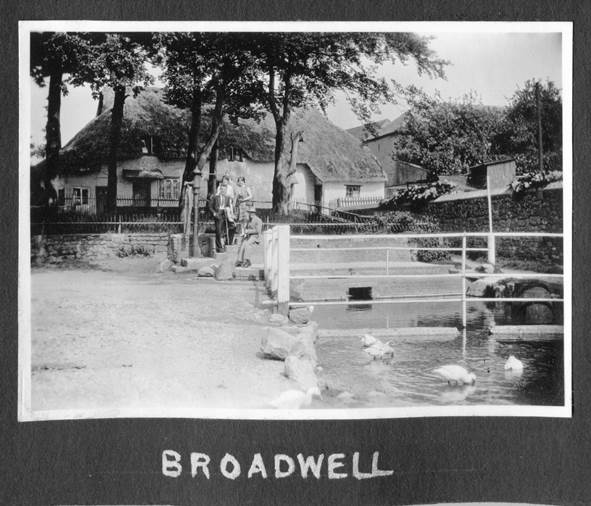 We think this is another glorious picture and it shows Broadwell before mains water was piped to the village. This was the main water supply – in fact without the water at Broadwell, there would be no Market Lavington.

Let’s look at some details. 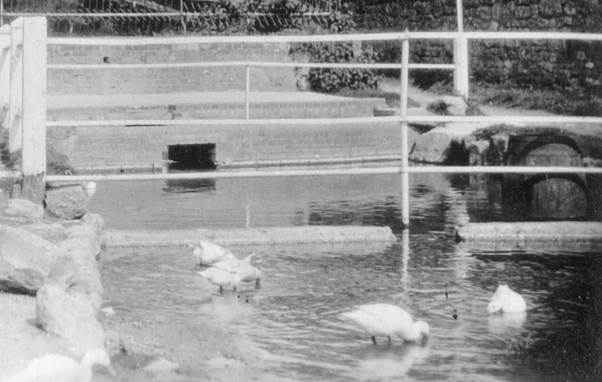 Waterfowl make use of the facilities

Here we see the bird life on the water. Above them a fence made sure cows, coming to be milked in a building just off to the right, couldn’t muddy up the water. 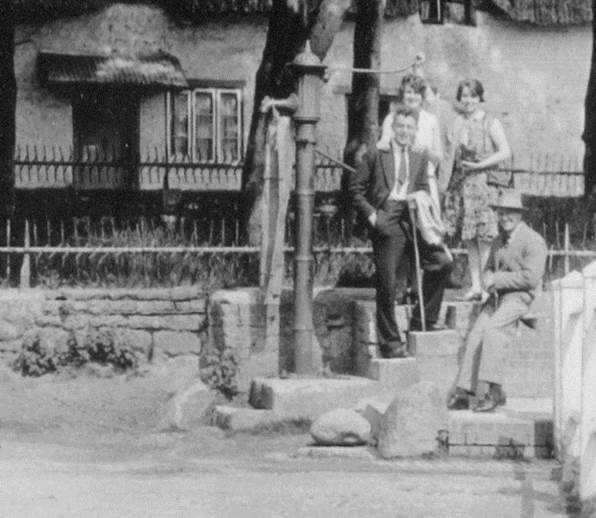 The pump was clearly in working order

A family group (people unknown by us) are by the pump which appears to have some water flowing from it. Many locals believed that pumped water was inferior to water dipped from the same source, alongside. Hanging from the pump is what looks like a gutter. This allowed the flow of water to be directed to a water cart or bowser. The hill farmers often needed to haul water from here to their livestock.

Here we are concentrating on the awful fence that surrounded the little wooded area (where the children’s play area is now). It was supposed to keep people out – but youngsters, of course, got in. Those spikes rotated and Peggy Gye recalled how hazardous they were and how girls got their knickers caught on the spikes – but she added that nobody ever came to any harm.

And now to the dwellings beyond.

The houses still exist and the projecting part, on the right, is still thatched. The main bulk of the building was considerably rebuilt in about 1960 and the thatch was replaced then.

As ever, do get in touch if you can tell us any more about the scene or the people.