For this blog entry we are looking at one of the main reasons for the existence of the village of Market Lavington. In 2011 we  expect a water supply to be piped to our houses, but that facility only arrived in Market Lavington within living memory for our oldest inhabitants. Back in the 1930s, and before, people collected water from Broadwell.  Market Lavington is just one of many spring-line villages along the edge of the chalk scarp. Scenes like this might have been seen in many a village during the early years 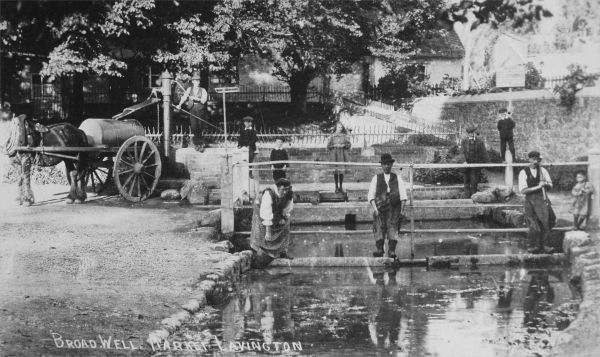 We know who some of the people in this photo are. The man in what might be called the back row, second from right is a Mr Potter, one of several in the village. The two men in the front row are believed to be Mr Tom Merritt and his father.

But let’s look at the water collection. A lady to the left of the Merritts is dipping her bucket for water. 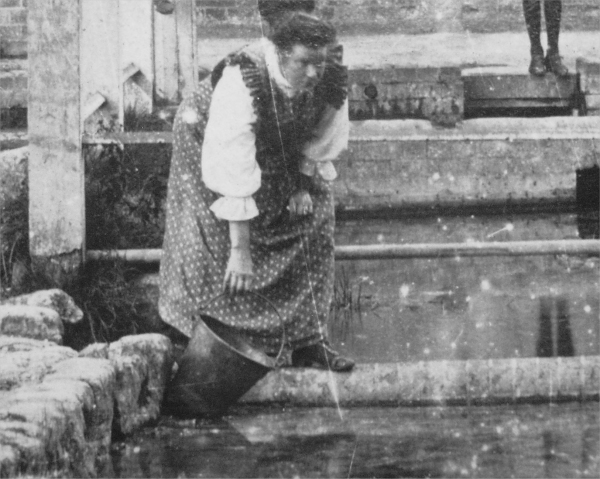 Dipping for water at Broadwell

Broadwell water was much appreciated by locals and even after World War II some people continued fetching water from this spring. Can anybody identify this water gatherer?

Our other method for getting water was to use the pump. Somebody is filling a horse-drawn water bowser from the pump. 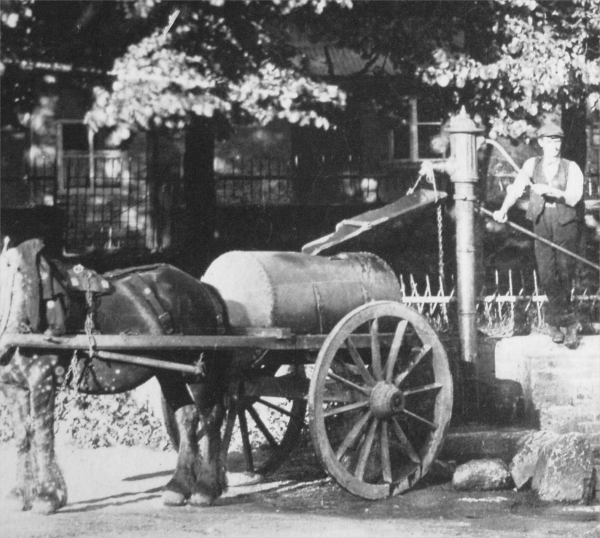 A wooden ‘aqueduct’ has been hung on the pump to lead the water to the bowser.  Presumably, this water was destined for a farm elsewhere in the parish.

Behind the pump we can see the nasty little fence around the little area of woodland. This is the place where there is now a play area for young children.