There is nothing unusual about snow as winter turns into spring. Even so, we felt a bit cheated by quite a lot of poor weather, including snow during March. But take heart. It wasn’t this bad. 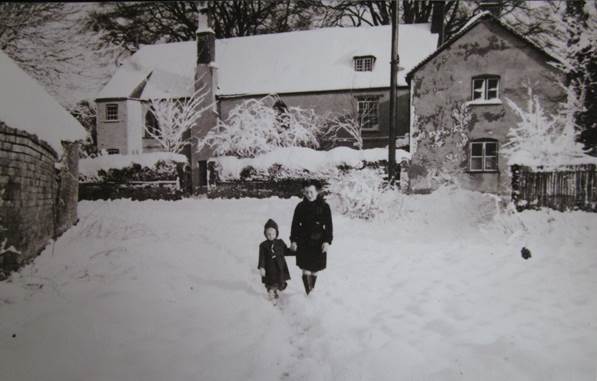 Actually we don’t have a date for this. It may have been in the deep mid-winter.  The year, though, was 1950. Our photographer was standing close by Broadwell. The house behind the youngsters is Beech House and the reason for that name is visible behind the house. There used to be big beech trees in the back garden. We looked at felling in progress before. Click here.

The bad weather of March 2013 won’t go down as memorable. True there was a lot of snow falling (this was on the 17th March). 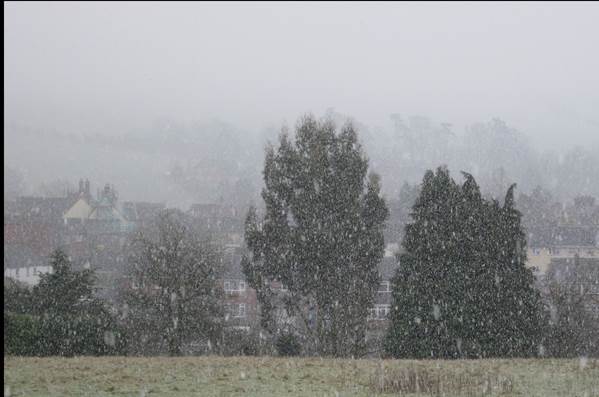 But barely any snow settled – there’s just a little on the church roof and that soon went. 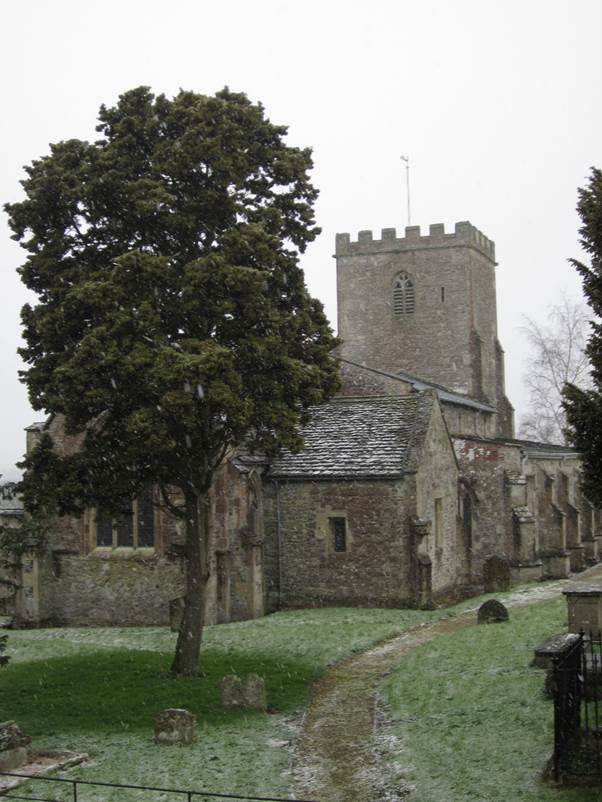