Back in September 2011 we looked at a label from Walton’s department store in Market Lavington and noted that it said ‘Late Brown Bros’ on it. Today we are looking at a receipt issued by Brown Bros. 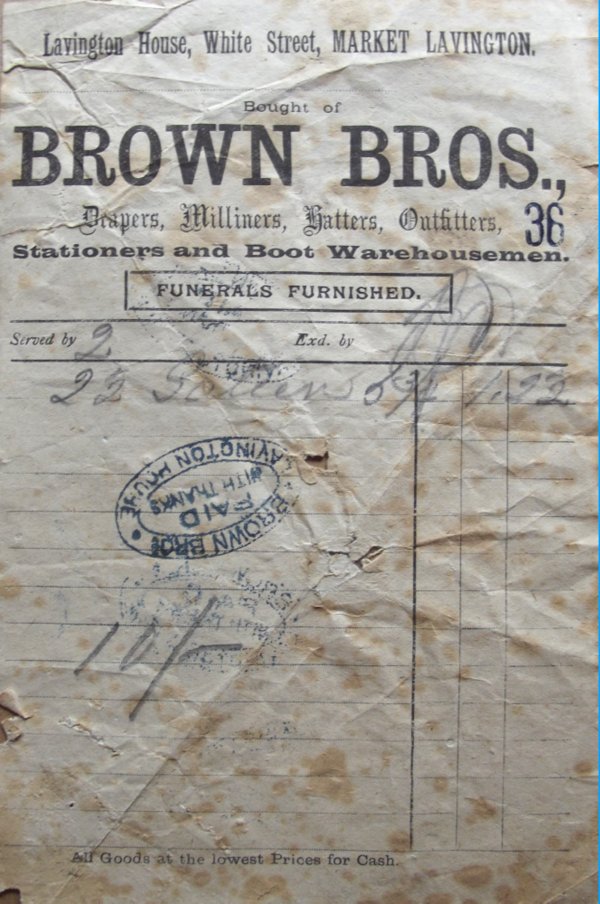 It is hard to be precise about dates, but we know that Mr Walton had this shop by 1891 so this receipt is older than that. We have searched through census data but can find no Browns in Market Lavington who seem to be shop keepers. Of course we only have the surname Brown to go on, but perhaps they had more than one shop, possibly in Devizes.

However, we can see that Brown Bros of Lavington House, Market Lavington was a true department store, furnishing the needs of people from cradle to grave. They clearly serviced people from head to toe, being both hatters and boot warehousemen.

We cannot make out what was paid for here. It appears to be 2½ gallons of something. The member of staff who served the customer is identified just as number 2. A second member of staff has initialled the receipt. Perhaps they handled the money. We know that at one time this shop had a ‘cash railway’ – money and paper work were propelled on overhead wires to a central cashier.

The shop, incidentally, was at the corner of White Street and would have included the building next to the present hairdressers. This section of postcard, taken from the church tower in 1909 catches the situation. 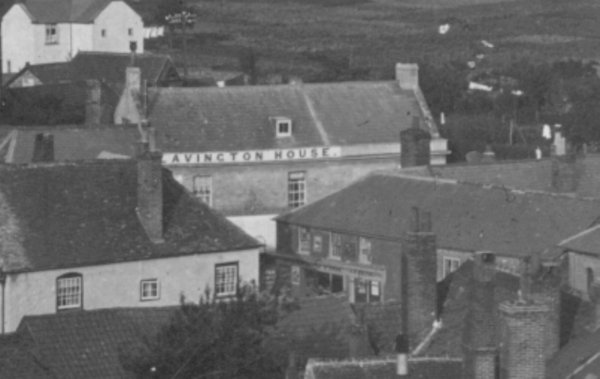 We are looking at the crossroads and the words Lavington House are clear to see. On the left is the old Volunteer Inn on Church Street.

Any more information about Brown Bros and Lavington House would be gratefully received.