Back in the 1950s or possibly late 1940s, Ron Kimmer decided to build his own house. He acquired a plot in the Northbrook area and by dint of much hard work he finally had his home – Locksands Farm – in 1952.

Ron had been born in about 1908 in the Hungerford area of Berkshire. He married Gladys Dowdell in 1934.

At the time he was building Locksands Farm, Ron was the Clerk of Works for the old Devizes Rural District Council.

Ron bought up demolition material from older cottages on Northbrook to incorporate into the new house.

Our picture shows Ron Kimmer on the right and a local lad, Ted Maslen, on the left who helped Ron when he could. 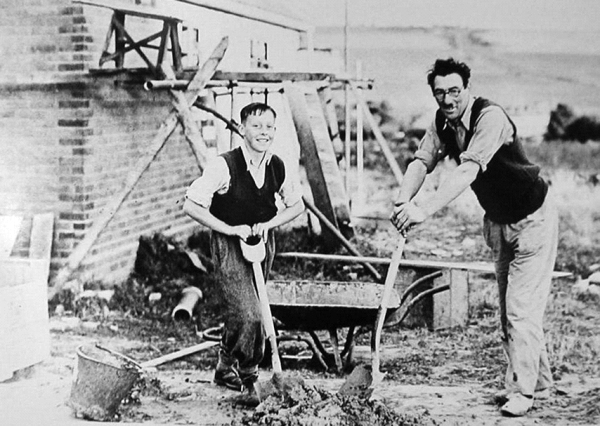 Ron died in 1973. There are still descendants of his in the Market Lavington area.