Back in the 1880s the Congregational Church in Market Lavington felt it had outgrown the old Quaker chapel they had used for 80 years. Plans were drawn up and a new chapel was built just opposite the old one at the Townsend area of High Street.

Market Lavington had its own brick makers, run by the Box family so it was natural for the church to turn to that company for building materials.

Market Lavington also had its own photographer and he was able to get out and organise a photo of a brick delivery to the site.

The Box family, as we know, were enthusiastic users of traction engines. And so that was the motive power that transported the bricks to the site. 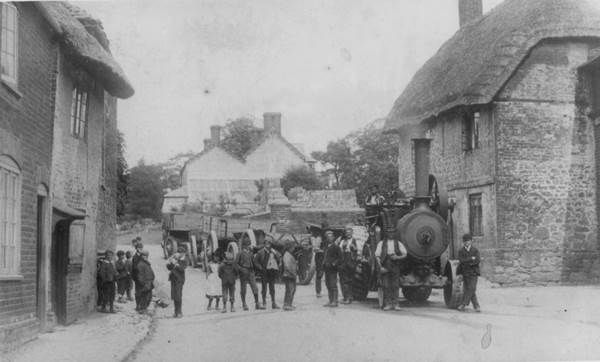 Bricks delivered to build the Congregational Chapel in 1891 or 1892

The engine is obviously of interest and we imagine the men near the engine were the crew. 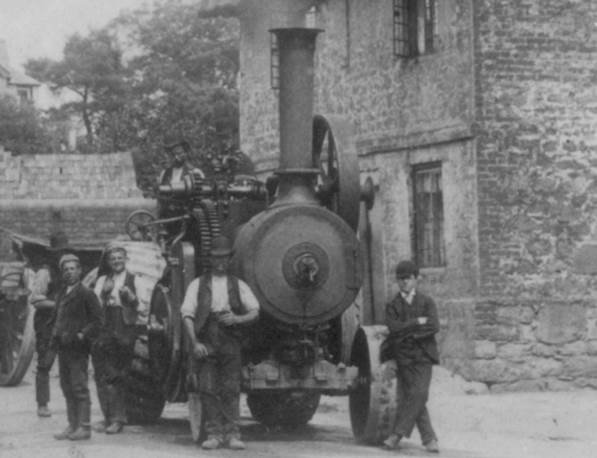 The bricks have already been offloaded and are stacked where the new chapel is to be.

Bricks stacked and ready for use

The chapel opened its doors to the public in 1892.

It is interesting to note that the wall around the chapel appears to pre-date the building of the chapel. It is already there.

The chapel, of course, still stands but is now a private house. The church community now meet in the very convenient Community Hall.