How lucky we are, in Market Lavington and Easterton, that Alf Burgess set up his photographic studio in 1886 and made it his business to record what he could of his local area, as well as taking the money earning studio portraits.

Market Lavington was not lucky with transport, however. It was missed by the late 18th and early 19th century canal builders and then it was missed again by the early and mid Victorian railway builders. As the twentieth century dawned, Market Lavington’s access to the outside world was on the road network (more a track network) with the horse as the motive power. But at that time change was close, for the Great Western Railway was building it’s route-shortening line and it passed through the parish. Lavington was about to become a place with a railway station on what was to become the new main line between London and Exeter. Plymouth and Penzance.

The late arrival of the railway through Lavington enabled Alf Burgess to photograph the building of the line. 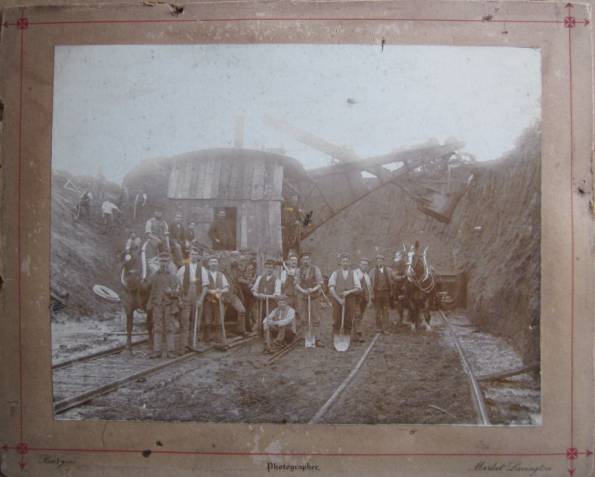 What we see here are some of the navvies posing for Mr Burgess. He must have made a welcome diversion for them. It was so much easier to pose than to dig the cutting through the Parham Wood area.

Unlike the building of earlier railway lines, mechanical help is available in the shape of the huge ‘steam navvy’ in use to dig out the bulk of the cutting. There are also a couple of horses to assist the twenty or so workers we see in the picture.

The railway lines we see are fairly lightly built engineering lines – not the finished article at all.

The picture dates from the late 1890s and is of good quality despite some obvious fading. It is possible to create quite good enlargements of the navvies. 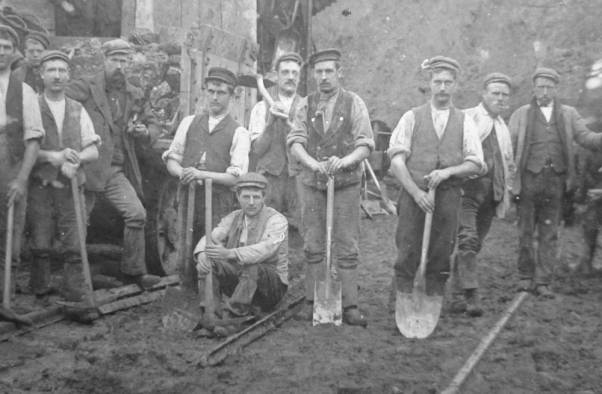 Some of the navvies who worked in the Market Lavington area

In fact we really can obtain a decent photo of individual men. 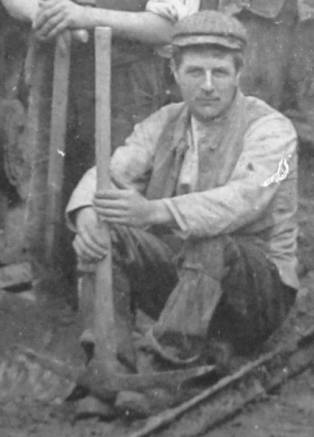 A navvy relaxes with his pick in the late 1890s

It is very doubtful that anyone will be able to name these people – but as ever we ask, just in case. Do get in touch if you can.