Photos and postcards of the church are very common items. Inside and outside of St Mary’s  have both been well documented by photographers over the last 130 years or so. Mostly, they document a very slow change in the church structure but back in 1910 a fairly substantial change took place with the building of the choir vestry. 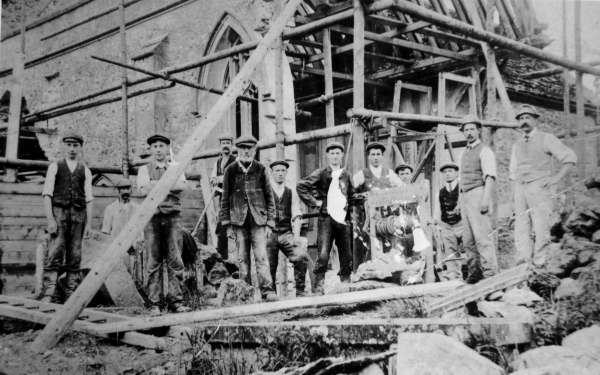 The Sainsbury firm of Littletojn Panell pose for a photo whilst building the choir vestry on St Mary’s Church, Market Lavington. The year is 1910. 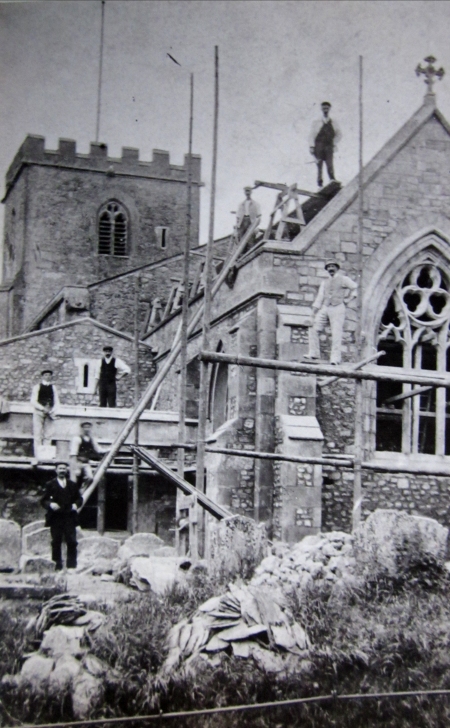 The work involved alterations to wall and roof.

The photos, between them, show the substantial nature of the work.

The job was undertaken by the Sainsbury firm who were based in Littleton Panell.