Changes in the Chancel

The unchanging church? Well, not quite. Over a period of time changes have been made although people would recognise the church as being St Mary’s of Market Lavington.

This image shows much that is still familiar to 21st century church visitors. The overall shape has not altered. The pews are the same but note that organ on the right. That has gone, replaced by a different instrument in the chancel.

The picture below dates from 1919. It shows the chancel and again it looks much like it does now. But over the window there is writing. 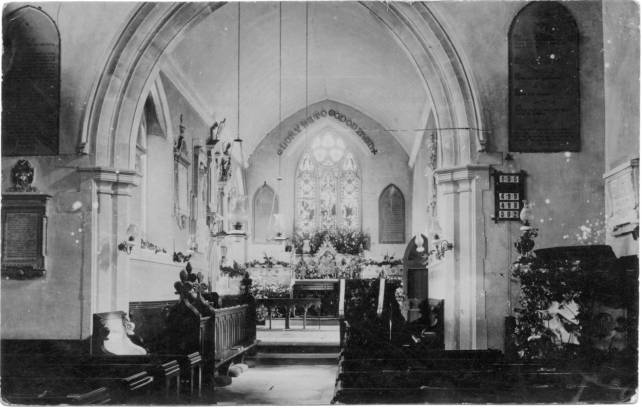 The Chancel of Market Lavington Church in 1919

The enlargement shows that it says ‘Glory be to God on high’. As the rest of the photo looks to be sharp it would seem that this was not the first time that this message had been painted there.

The writing on the wall above the east window

In 1919 there was a hymn number board, which certainly looks the same as the present one and in the same place. 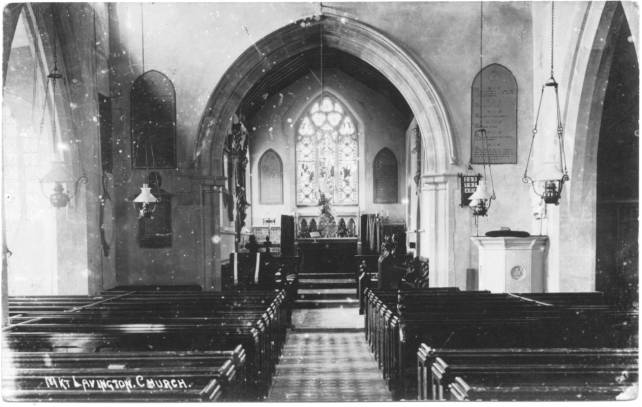 Market Lavington church interior in the 1920s. Themessage above the east window has gone, but the oil lamps show up well in this photo.

This image shows, better than the 1919 one, the gorgeous oil lamps that provided illumination.

Sometimes, in the 21st century, the church returns to old ways with a candlelit carol service. 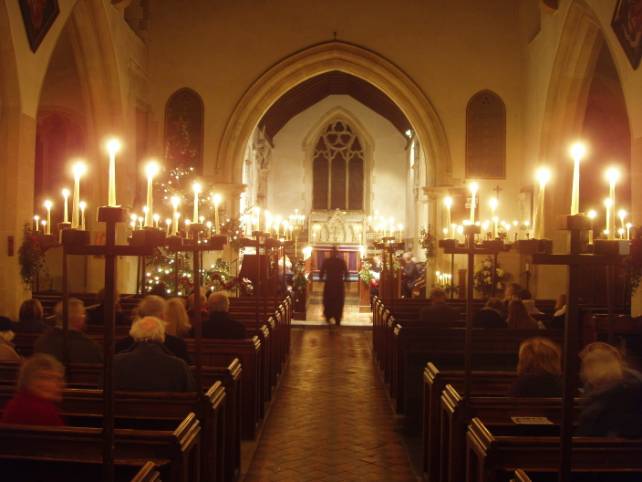 This was the scene for that service on 19th December 2010. A similar carol service will take place today – 18th December 2011. This is a chance to enjoy a real village event. The bells will ring out from 5.30 and the congregation can enjoy a good sing along with the choir.