The old saying talks of things being ‘as different as chalk and cheese’. It is believed that this saying originates in Wiltshire, which had two distinctive styles of farming.

In the south we had the chalk lands of Salisbury Plain with water for animals in short supply. It was suited to arable crops and hardy sheep rearing. The north of the county had richer land and could provide the water needed for dairying. Milk was turned into cheese so we had the cheese lands, which were totally different from the chalk lands.

The long thin parish of Market Lavington crosses the border between the two areas; Market Lavington is a smaller version of Wiltshire with its chalk lands and cheese lands. And cheese was made, in the north of the parish. At Market Lavington Museum we have items that were used in this agri-business. 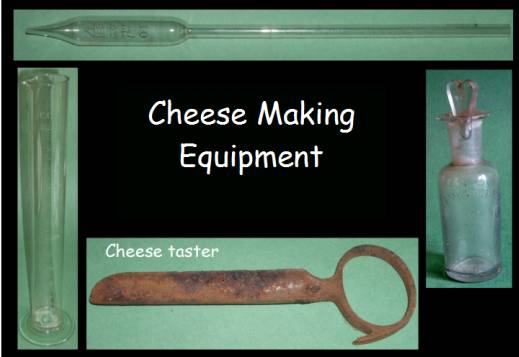 This is just a sample of the items we have. Much of the equipment has a scientific look to it, which reflects the precision nature of cheese making

Many people will not realise that Freith Farm is in Market Lavington for it is sited off the main road from West Lavington to Potterne as shown right at the top of this map. 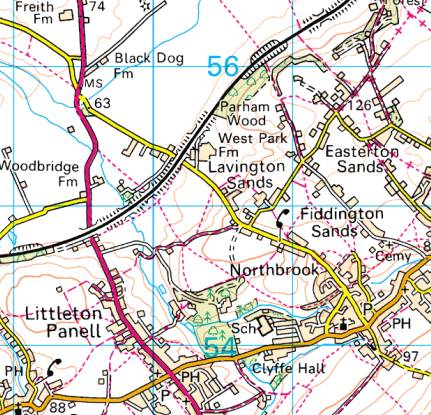 Candown Farm (on the chalk lands) has been mentioned before. From Freith to Candown is some five miles in a straight line.