This was the third Christmas of the First World War. People on both sides of the war were away from home, suffering hardships, injury and of course, in some cases, death. By the middle of 1916 conscription into the armed forces had been introduced. Presumably there were no longer enough volunteers.

Back at home people did what they could to help. In the Lavingtons Bert Shore was one of many in the Over-Seas Club and he was awarded this certificate which said A HAPPY XMAS in words and semaphore. 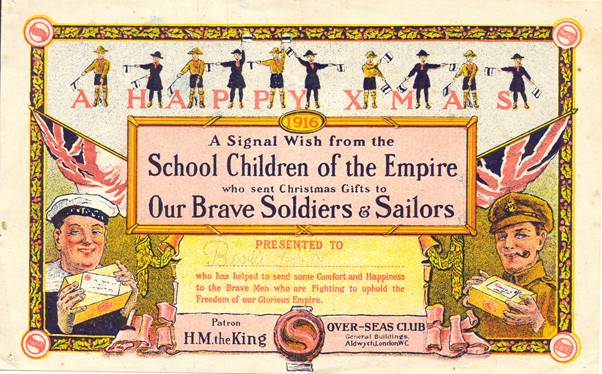 Bert had helped to send some Comfort and Happiness to the men in the forces.