The very name, Christmas, makes this a Christian religious festival to celebrate the birth of Christ. Most people now celebrate the event in a very secular way. It’s a chance to spend a lot of money, spoil the family and probably eat far too much and possibly drink far too much as well. The religious meaning of the day gets forgotten.

But it wasn’t always so. We can’t quite make out the date on this postmark but it would seem to be December 22nd 1907 or perhaps 1904. 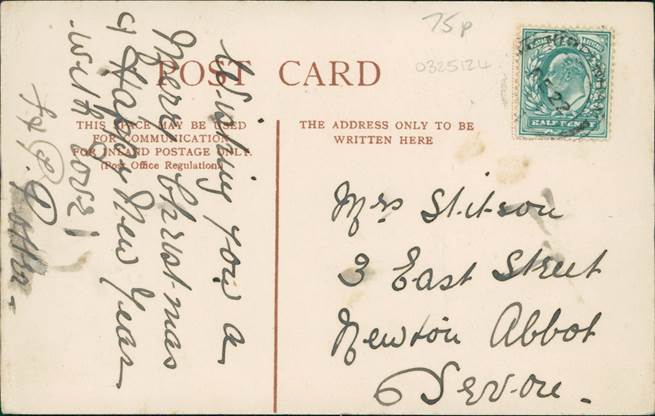 A post card wishing a Happy Christmas to Mrs Stitson – from the Edwardian era.

The card was posted in Chippenham to a person in Newton Abbot in Devon. It doesn’t seem to have a lot to do with Market Lavington. But the picture does. 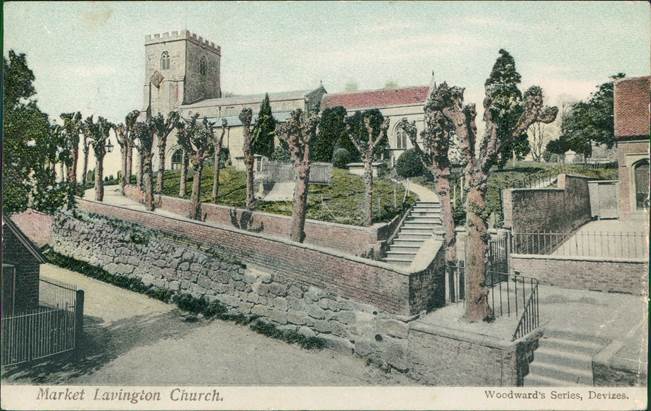 The image is a colour tinted version of Market Lavington Church

Yes, it is Market Lavington Church – an appropriate image for Christmas.

But why choose Market Lavington Church unless you are connected with the village?

Well, the person who chose the card were Potters by name – F and P we think.

But none seem to match the initials F and P.

But we still have a card of the church – colour tinted and used as a Happy Christmas Card.