There’s a long tradition that Market Lavington Church Fetes are garden affairs. At different times, they have been held at Clyffe Hall, Beech House and Knapp House, and no doubt at other venues as well. Of course, in 2012, the fete will be held in and around the Church, the Community Hall and the Museum – a special for the Queen’s Diamond Jubilee.

There was no special occasion, but back in about 1970 the church fete was held in the Market Place. The official reason given was that no garden was available on the chosen date. 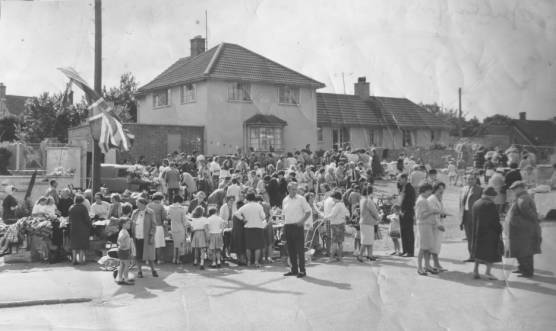 The Market Place certainly looks busy with people at various stalls in this photo by Peter Francis. We have no names. Maybe with some close ups we’ll get some people identified. 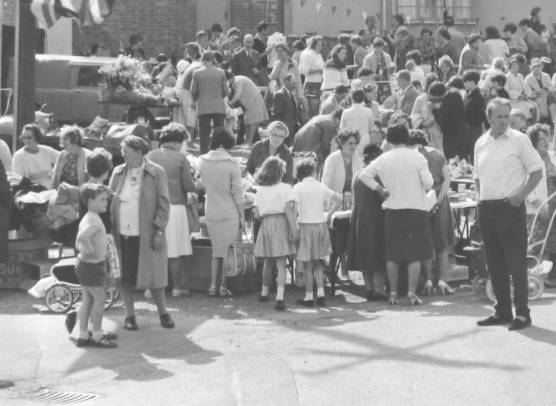 Some of the people at this Market Lavington fete 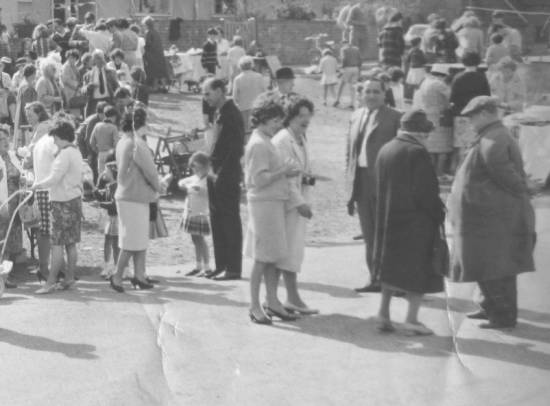 More people at the fete. Can you identify any of them?

The reason this photo is a bit battered is made clear on the back. It has been used as a recipe book, maths calculator and diary, as well as for getting a ballpoint pen to work. 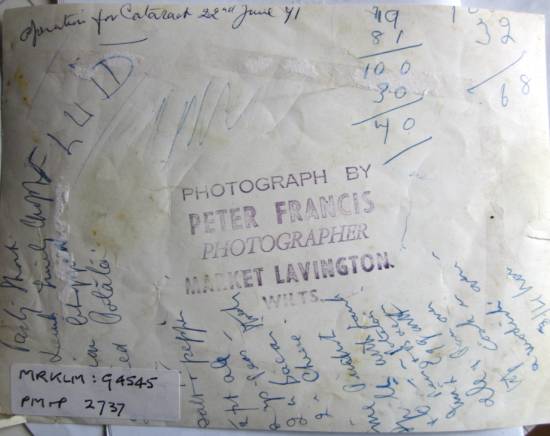 Back of the photo - a rather varied notebook

Just possibly, we now feel, the fashions are more mid 60s than 1970. Has anyone out there any thought on that?