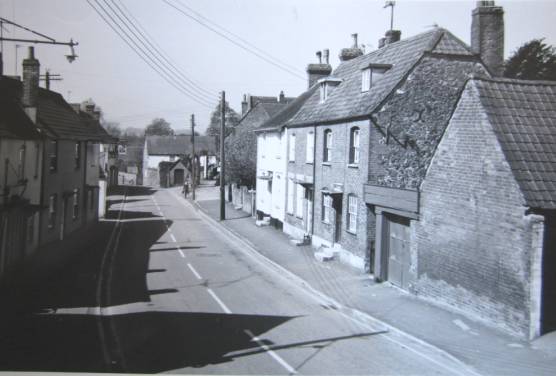 Church Street, Market Lavington in about 1970

For many years, Peter Francis, our village photographer and his wife Bessie, lived in the flat above his Church Street shop. This view of Church Street, dating from about 1970, was taken from his window, one bright, sunny morning. The houses on the left side of the street are hidden in the deep shadow, but keen lookers might make, at extreme left, out a part of an ‘over the pavement’ petrol pump which still existed on the premises once operated by the Merritt family. Further down that side of the street a pub sign hangs over the pavement. It’s hard to be certain, but we think it says ‘Drummer Boy’ on it. Not long before the photo was taken it was called The New Inn’.

The houses and buildings on the right are clearer to see. The gable end at the extreme right is a shed or store building on the yard of the old Volunteer Inn which still stands, as a private house, on the corner of Church Street and Parsonage Lane.

Next to it is a building with an interesting past. 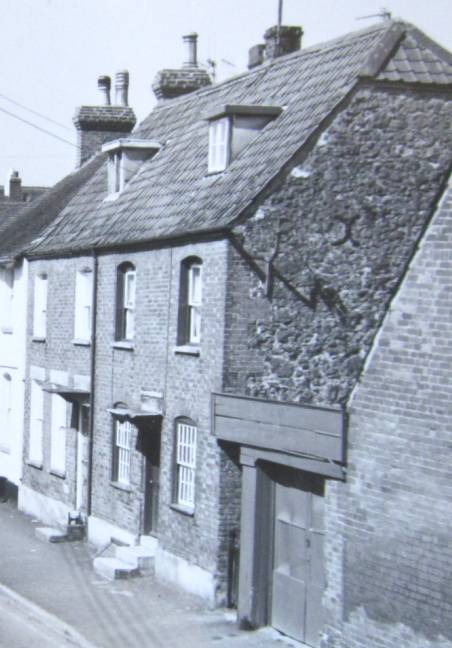 The Lighthouse, Market Lavington was where acettlene gas was once manufactured

This was once a part of the Hopkins’ empire and was the factory where they produced acetylene. This was piped around the village for lighting. The Hopkins called this building, ‘The Light House’. Early photos show a marked checkerboard effect in the brickwork. We have seen this photo before. 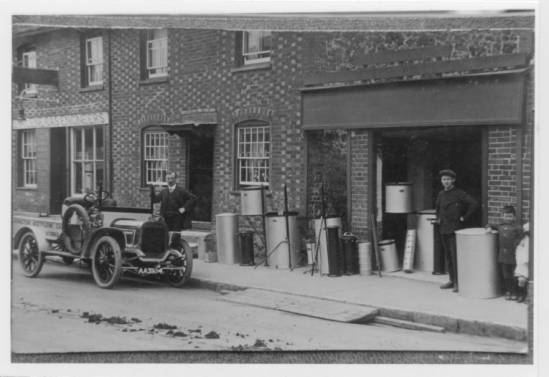 This effect must have been due to differences in film. They didn’t respond equally to all colours. 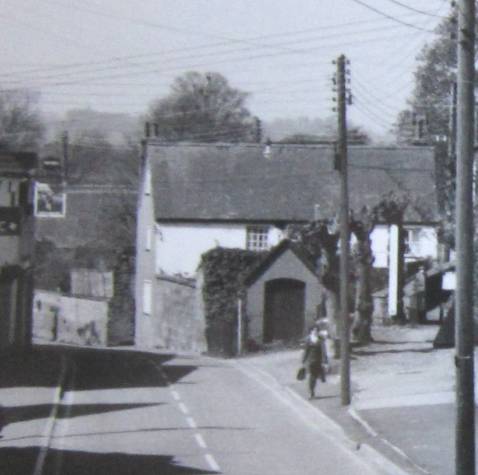 Further down the street we can see that Drummer Boy sign on the left, but we are looking at two different buildings facing us. The small building with the large door is the bier house – the place where the ‘coffin cart’ is kept. The white house, behind it, is called Church Cottage and was, for many years, the home of Lavington School headmaster, Harry Greening. But before that it had been three separate cottages and there were three more squeezed in between the bier house and the existing cottage.

There are so many wires overhead you almost wonder how the birds managed to fly in and out!