Market Lavington Museum has one of these wonderful nursery aids which probably dates from the early twentieth century.

The information below comes from the Science Museum website.

This device could be used to heat a pint of milk, keep food warm or to prepare pap. Flour or bread was mixed with milk diluted with water to make pap, which could be used to wean infants off breast milk. The metal jug was filled with hot water and the ceramic pannikin was placed inside it. The jug was then placed in the stand. To provide heat a lit candle or a tea-light was placed underneath. The device was trade marked by Samuel Clarke as a ‘Pyramid’ food warmer as the different parts stack up like a pyramid.

Here is the device. 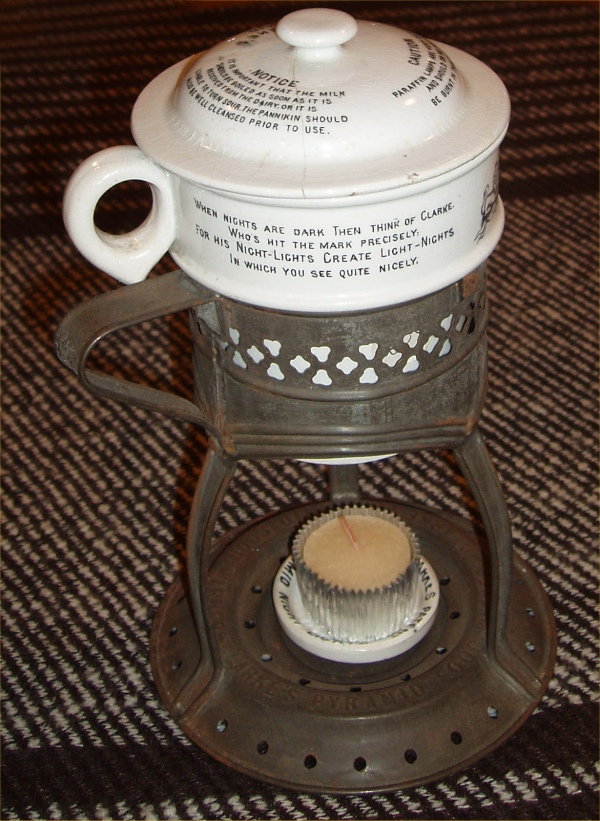 Sadly, the lid has needed repair but we can still see the warning messages about the dangers of fire and to health. 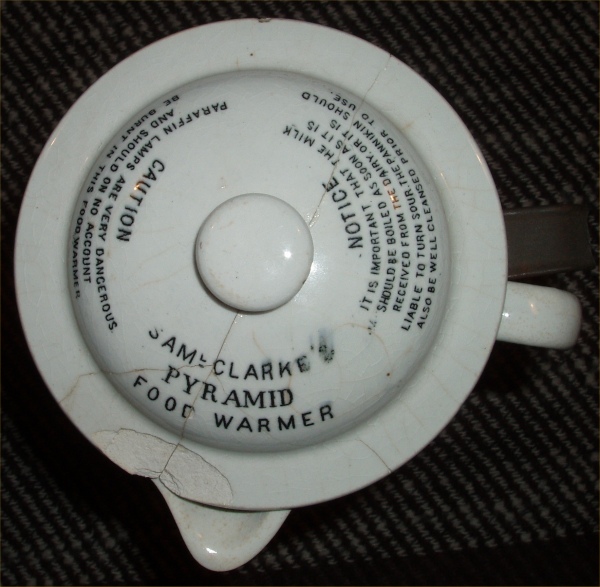 The lid - damaged but with warning messages still visible

The food warmer was used as a nursery item and users were warned that the milk should be boiled before being used in the warmer. Apart from anything else, boiling helped to avoid the dread disease known as consumption which we call tuberculosis. This was a real concern before the days of pasteurised milk.

But for the child in the nursery that probably was not so important. Perhaps they liked the tongue twister type rhyme on the warmer.

When nights are dark then think of Clarke
Who’s hit the mark precisely
For his night-lights create light-nights
In which you see quite nicely.

Even the tray for the night light has been given decoration, although in use and with a night light on it, this would not be seen. 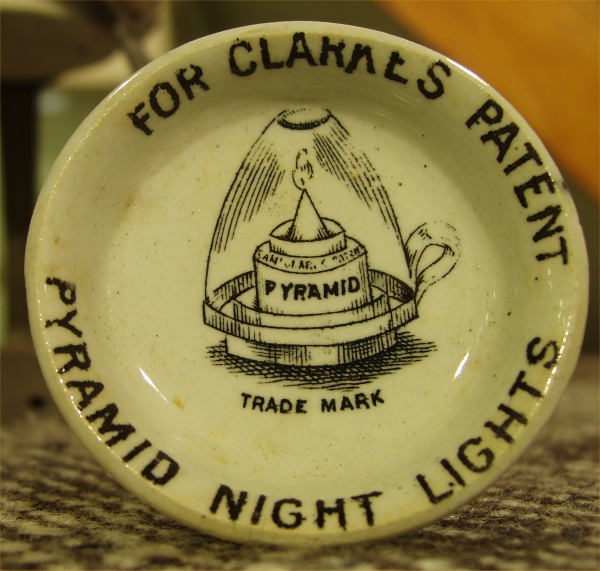 The tray for the night light