We have recently been given another advert from Harry Hobbs’ shop which stood more or less opposite the Green Dragon on Market Lavington High Street. This one is a metal sign on legs which could have been set in the ground or perhaps in a stand. It advertises a brand of ice cream which is not familiar to us. 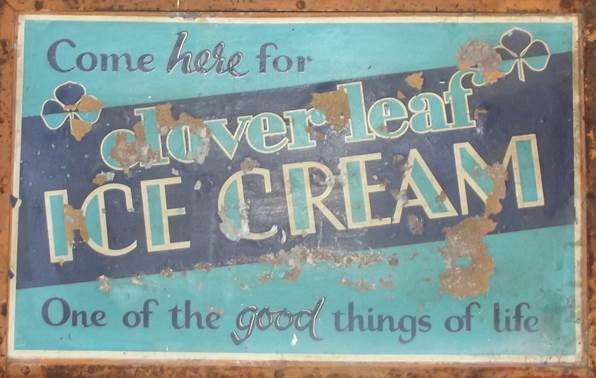 We understand that Harry Hobbs shut down his grocery business in about 1960 although he continued to be the newsagent for some time after that. This sign, battered as it is, probably dates from the 1950s.

There is an ice cream company trading in Reading in Berkshire called Lucky Clover Leaf Ice Cream. There’s an outside chance it could be the same company but the clover leaves shown on this advert sign are clearly three leaf variants and not the supposedly lucky four leaf clover.

Maybe there is somebody out there who can tell us more.