This (sadly) black and white photograph is of a watercolour of Clyffe Hall, painted in 1858 by the Hon. Louisa Hay who lived there. 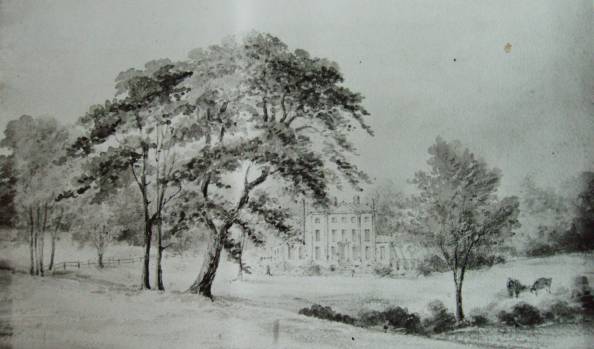 Clyffe Hall as seen by the Hon. Louisa Hay in 1858

Either the original painting, or the photographic process has distorted the image. 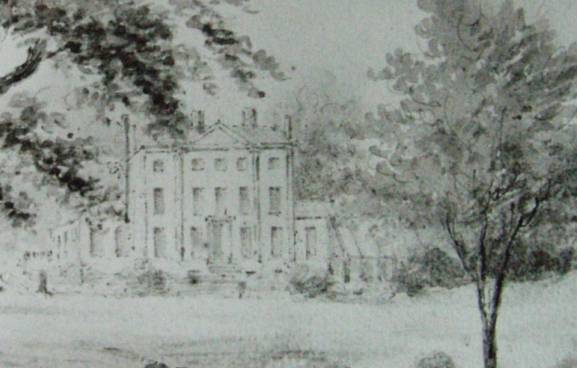 A photo taken at the village fete on June 11th 2011 shows a similar view. 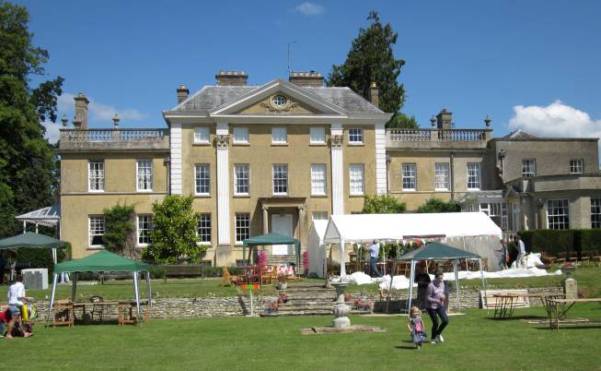 The watercolour came into the possession of Eric James and he gave it to Peggy Gye. Perhaps we’ll still find the opportunity to get a better copy.

Clyffe Hall was built by Edward Chivers Vince in 1732 on earlier foundations. Some of the earlier buildings remain – notably the stables block.

In 1900 the Schomberg family extended Clyffe Hall. So that’s the form we see today.