Clyffe Hall is an attractive 18th century house which, for many years in the early 20th century was occupied by Thomas Rolls Warrington (later Lord Warrington of Clyffe) and his wife. Thomas was a high court judge. The couple were childless and, no doubt, much enjoyed the peace their garden offered.

Let’s look at the picture. 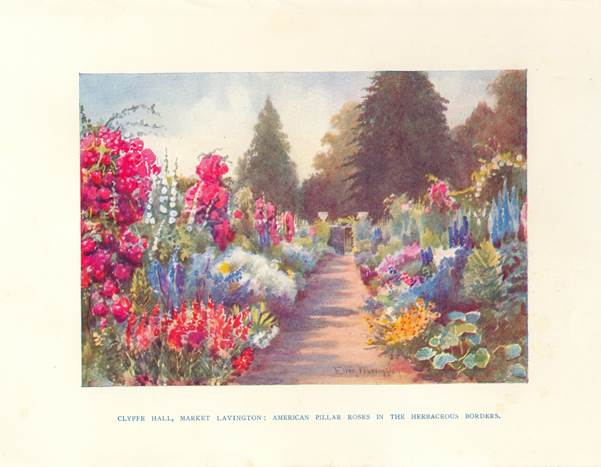 The garden at Clyffe Hall, Market Lavington published in 1924.

This page comes from a copy of ‘My Garden Book’ by John Weathers and published by The Library Press in 1924.

The artist is particularly of interest to us.

It is Ellen Warrington who is surely a relative. Thomas’s wife was Emma Maud. We know nothing of Ellen.

Ellen was a known artist. Her work appears on Tucks Oilette postcards but we’d like to know more about her. Can you help?