There’s not much open water in Market Lavington. The streams are small and much of the parish is on chalkland which, of course, allows water to seep into it. There are a couple of artificial bodies of water which can just about be called lakes. One of them is in the grounds of Clyffe Hall.

Clyffe Hall Lake in about 1920

This particular photo was given recently by Ian in Australia. The photo is not perfect – the right hand side is well speckled but it shows the lake nicely, with a small boat just visible on the left. We think the photo dates from after World War One.

The lake, of course, is still there and this photo was taken during the year 2000 fete in the grounds. There were small boats on the lake and in the background is a balloon for that fete had as a guest, round the world balloonist Brian Jones. 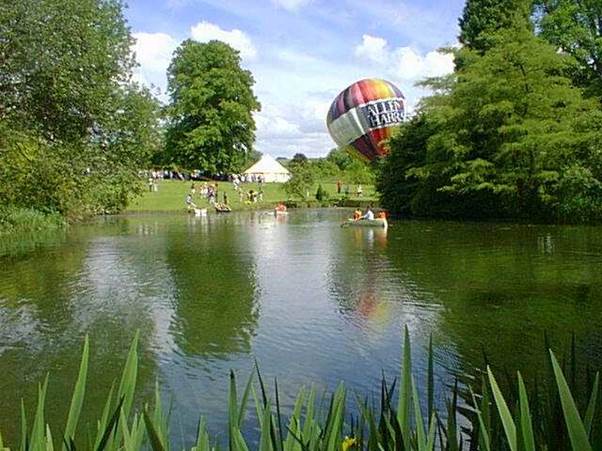 Another view in 2006 shows the house in the background and a swan on the lake. 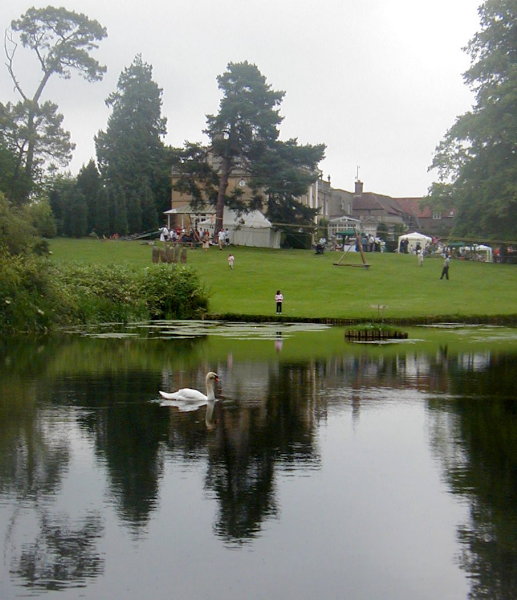