Condolences on the death of Queen Victoria

The death of a monarch produces an outpouring of grief and this was certainly true when Victoria died after more than 60 years on the throne.

This must have been good news for Royal Mail as letters of condolence were sent and replies received.

Here we see one of the replies. 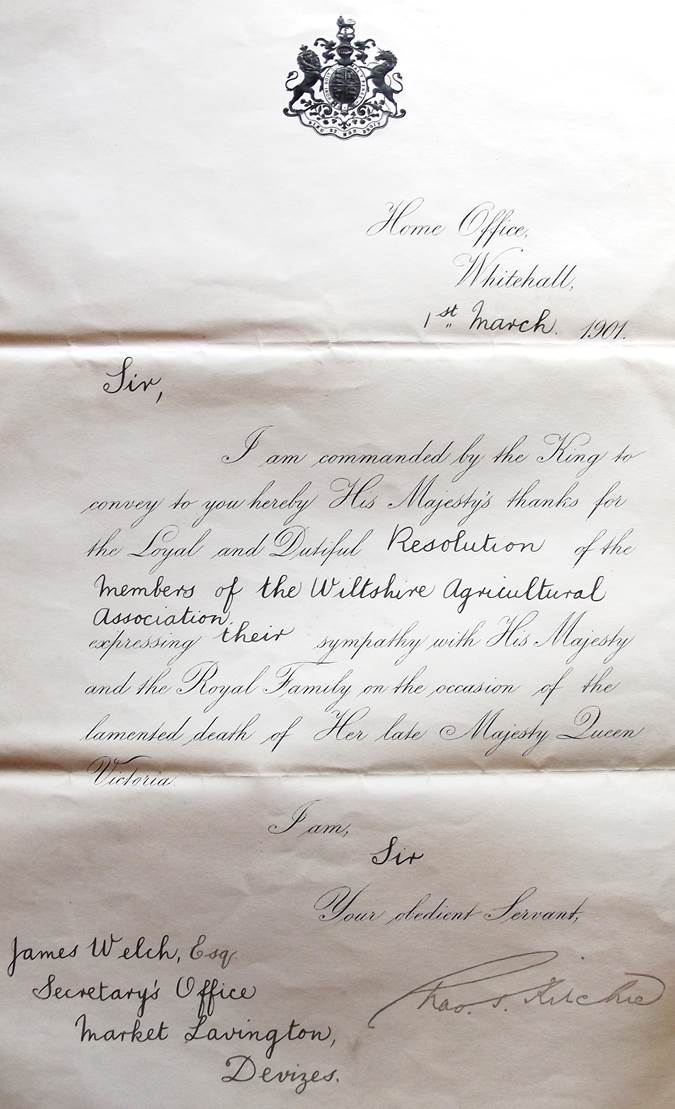 This letter, we see, was sent in reply to a resolution from the Wiltshire Agricultural Association whose secretary was James Welch of Market Lavington. James was the grandfather of museum founder, Peggy Gye.

The actual letter has a black border as befitted a mourning item. We have missed that out on this blog to allow more space and greater legibility for the letter’s content.

We can imagine that thousands of very similar replies were sent. The bulk of the letter is pre-printed with just a few gaps to be hand written in by royal workers – in this case a man called Charles Ritchie.

James obviously felt this letter should be kept and it was handed down through the family and then became a Market Lavington Museum item.