Back in the 1960s and through to the 90s many photographers took colour slides. This, of course, was before the age of digital photography and people will recall darkening the room and setting up the projector and screen to have a slide show. It is interesting that we seem to have come full circle in this digital age. Slide shows are, in effect, what many of us do now, using web sites such as flickr.

But those slides from 40 years ago have been put away in cupboards and there they languish and, quite probably deteriorate.

At Market Lavington Museum we have acquired a slide copier. It came from the wonderful freecycle website, so cost us nothing. It isn’t of the highest quality, but it allows us to copy slides into a digital format and so either print the image or project it the digital way.

Local villager, Ray, loaned us his slides taken in the village between 1974 and 1995, and these have been copied and can now appear here and in the museum. The images include sports days from St Barnabas School in the mid 1970s, plus some charity sponsored events at the school. There are pictures of cubs and brownies in the mid to late 1970s. There are some wonderful photos Ray took from the church tower in 1977. There are village fetes, galas and celebrations. We have pictures of Trinity Church Nativity play in 1978 and of St Mary’s Church Choir in 1979. There are pictures of the Southcliffe area in all weathers. There’s local flora and fauna – in fact just the kinds of thing a keen photographer and local resident would take. Here are a couple of examples. 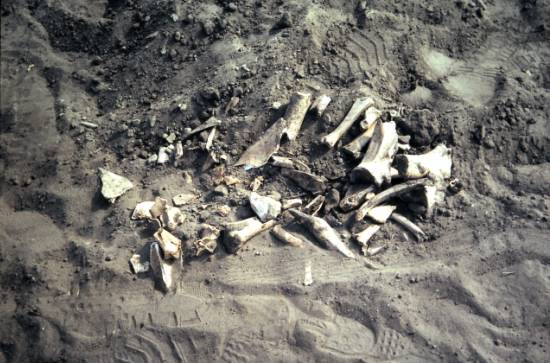 There are several pictures of work and finds on the Grove Farm archaeological excavation in 1990. 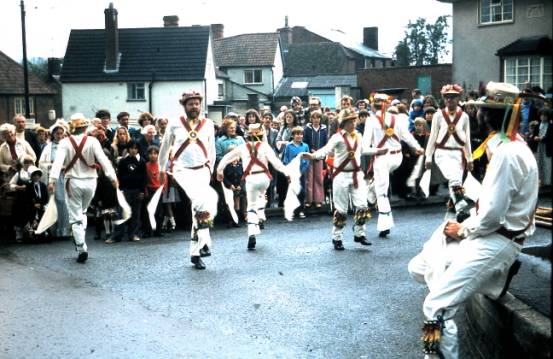 Morris Dancing in the Market Place, 1978. Can you spot Rog who is now Market Lavington Museum curator?

Morris Dancing in the Market Place. Our present curator is in that photo (audience) holding his tiny young son. Ray says this was in 1978.

If you have slides hiding up in a cupboard, now would be a good time to sort through them and let us, at the museum, copy them. They help to build a picture of life in the village in a time period which could, otherwise, get lost.

Thanks to Ray for his photos – a great addition to the museum’s record of Market Lavington.