Just for the record, some researchers get confused by parish names, so we should mention that Market Lavington has been called East Lavington at times in the past and also Steeple Lavington where the ‘steeple’ word is thought to derive from the Norman French word for market, rather than to any tall appendage on the church. West Lavington has also been known as Bishop’s Lavington so it can sound as though the two parishes of today were once several more.

Cornbury Bridge marks the parish boundary, so in this first photo the photographer was in West Lavington and looking into Market Lavington. 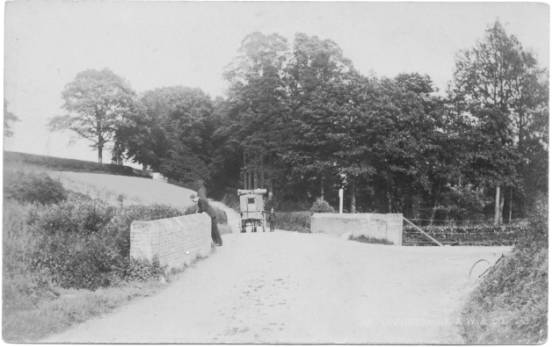 Edwin Potter’s bus is just entering Market Lavington and is about to climb Clyffe Hall Hill. We think the photo dates from about 1906. 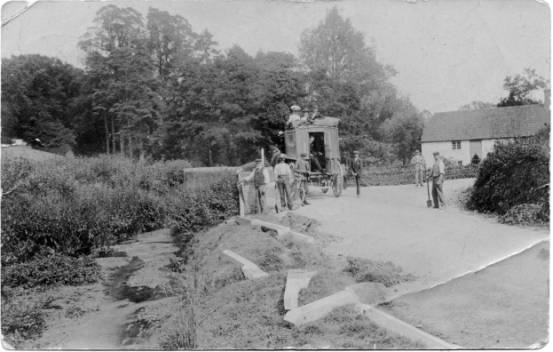 This was probably taken on the same occasion – a few moments earlier perhaps  -and here we see an outside passenger on the bus and also Cornbury Mill on the right. Let’s zoom in. 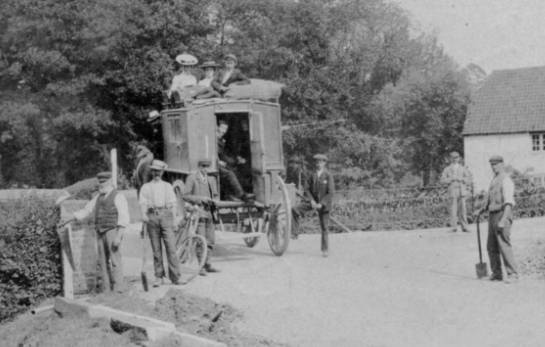 This postcard was sent in 1906 and it was also one selected to be hand painted, to turn it into a colour card. 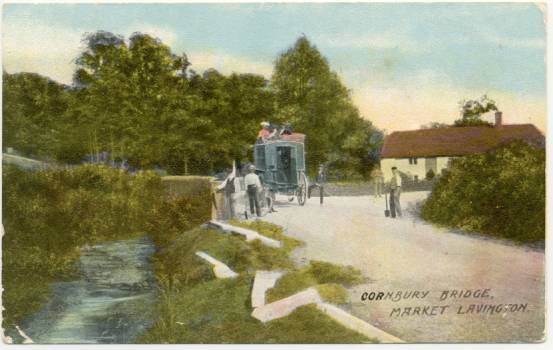 As usual, if anybody recognises the people, then do let us know at Market Lavington Museum.