Royal occasions remain fun for many in the 21st century. Midway through the 1950s we were before the dawn of mass television and still the era of more home-made fun. Here we see a couple of local ladies having a 1953 version of a good time with, more or less, a carnival atmosphere. 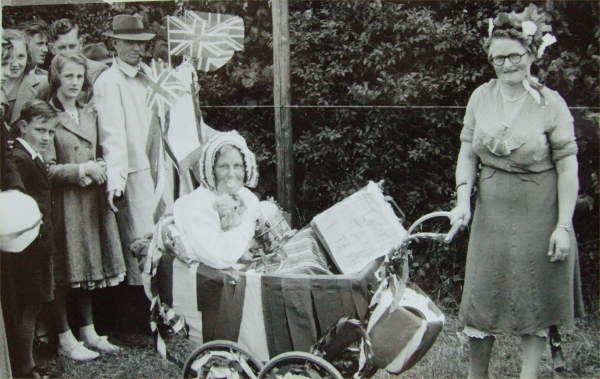 Coronation capers in 1953 – a photo at Market Lavington Museum

A pram from that era has been decorated. Of course, photographs then were black and white so we have to imagine what was, almost certainly, a creation in red, white and blue. 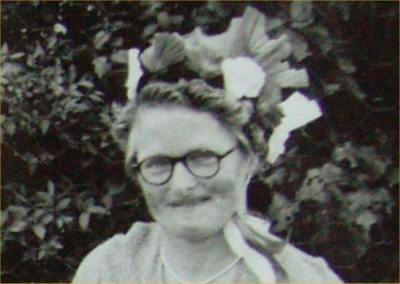 Mrs Bella Burt as the baby in the pram

Stan Cooper is looking on. 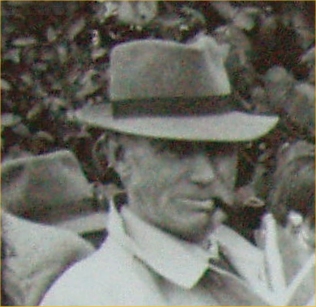 Stan Cooper enjoys the scene – and also a pipe which was, of course, entirely acceptable in 1953

We do not have names for the youngsters. Maybe you can help with that.