We have posted this photo once before on this blog – a charming shot of a cow suckling a piglet. 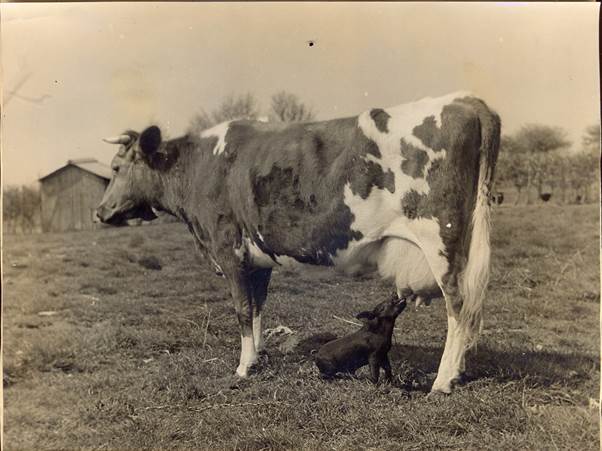 A cow suckles a piglet in Easterton

When we published this back in 2013 we reported what we had been told – that this was Frank Potter’s cow. A small news cutting has been given to the museum which tells us where the piglet came from.

News item to accompany the picture

So it seems that the piglet belonged to Ron Kyte of Easterton and it was his aunt, Mrs Agnes Maddick who spotted what was going on but thought the piglet was a little dog worrying the cow.

It is a delightful photo and, dated by the news article to 1950.