Market Lavington’s old recreation ground was behind the place where we now find Shires Close. Perhaps an older resident could tell us why and when that ceased to be used. We can see it in use by clicking here.

As far as football was concerned Frank Davis came to the rescue. He owned a field of suitable size at the top of Northbrook. It needed work to make it suitable for football. There were trees to grub out and levelling to be done, but a team of willing volunteers worked at it and the field was ready for use in the early 1950s.

A photo of volunteers was recently brought to the museum by John Cooper. John not only had the photo but also the knowledge of all the people on it. (Actually, a couple of people were named by the blog’s friend, John in Australia.)

Here are volunteers, taking a breather from the hard work. 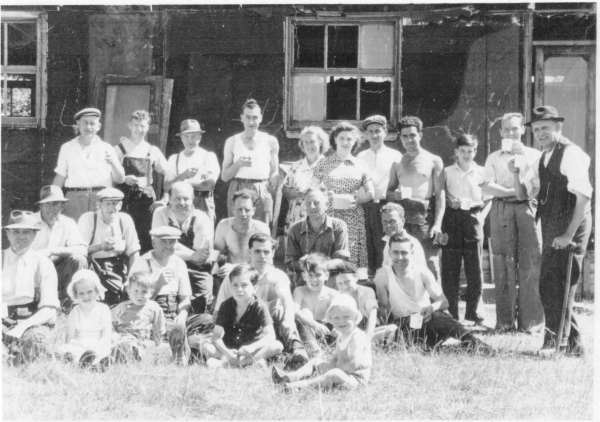 And here’s the same photo with the people numbered. 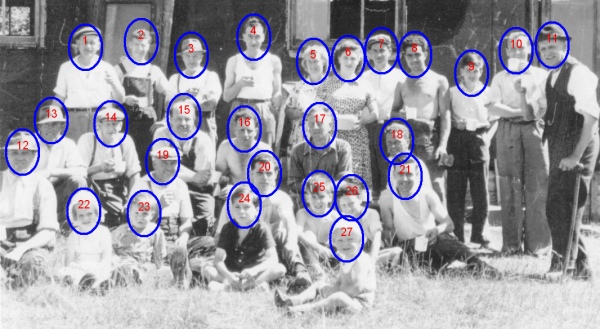 And the names to go with the numbers.

Apparently a copy of this photo used to hang in the pavilion built on the Davis Field. The photo was lost when the pavilion burned down. Thanks to John we’ll now be able to replace it.