Pubs have always been places for gentle, rather than highly athletic games. Card games have been played in pubs for a long time and the most popular, perhaps has been crib, which is what many people call cribbage.

The games bring to mind a couple of older men, sitting in a corner and chanting some kind of strange mantra which might have gone something like, ‘fifteen two, fifteen four, fifteen six and a pair’s eight’.

Market Lavington Museum was pleased to find a crib board – the scoreboard really – at The Kings Arms. The board is made of wood and has metal divisions to divide the peg holes into groups of five, which make keeping the score so much easier.

The usual game played up to a score of 121, which was twice round the board. 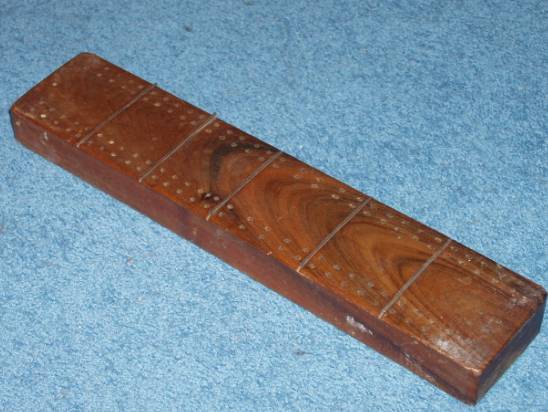 The Kings Arms crib board - now at Market Lavington Museum

The pegs themselves are missing, but very often matchsticks were used.