Recently we looked at a memo from Mr Walton about the Wiltshire Down Poultry Farm. Today we have a strangely similar letter from another Market Lavington Poultry farm, this one at Crossways. 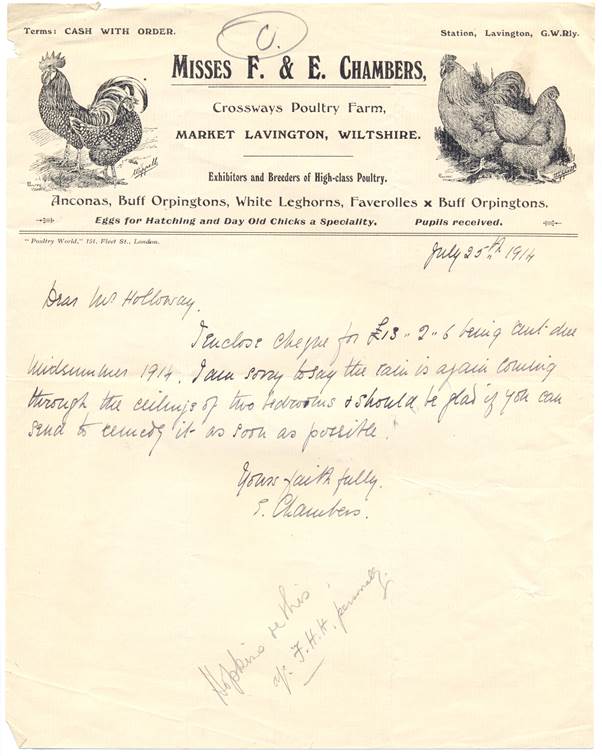 Letter from the Misses Chambers of Crossways Poultry Farm

Here we have the misses F and E Chambers of Crossways Poultry Farm paying their rent and then, like Mr Walton, saying the roof is leaking and could it be dealt with. It looks as though Mr Holloway had decided this was a job for the Hopkins to do. So it would have been workers from that Market Lavington firm who made their way up to the crossroads where Parham Lane, Drove Lane and Kings Road all cross.

We don’t know much about the Miss Chambers. They were at Crossways and running a chicken farm at the time of the 1911 census. Florence and Eleanor were both in their upper thirties and single and the head of house was their father who was a retired solicitor. The family came from Yorkshire.

The two ladies were still running the business when they sent this letter, in 1914 but had left by the time the 1926 electoral roll was drawn up.

We asked Pat, one of our stewards who lived, until recently, at Crossways and he came up with a collection of photos he had (all poor photocopies which is not Pat’s fault – it is what he was given) and the collection included this one. 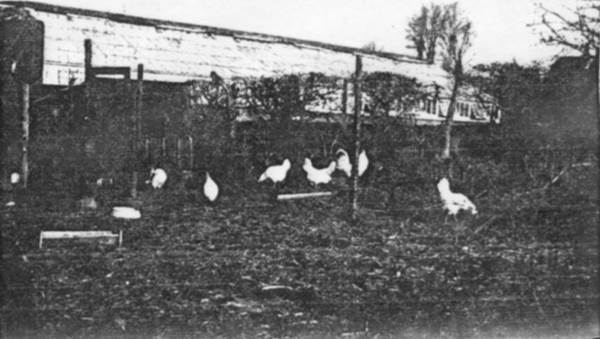 This could be a little bit of a poultry farm but it is the greenhouse which takes the eye. That looks massive. We think this is more probably a photo of the domestic fowl of a 1920s resident, Mr Fairbairn.

We wonder if anybody out there can tell us more about the Chambers.