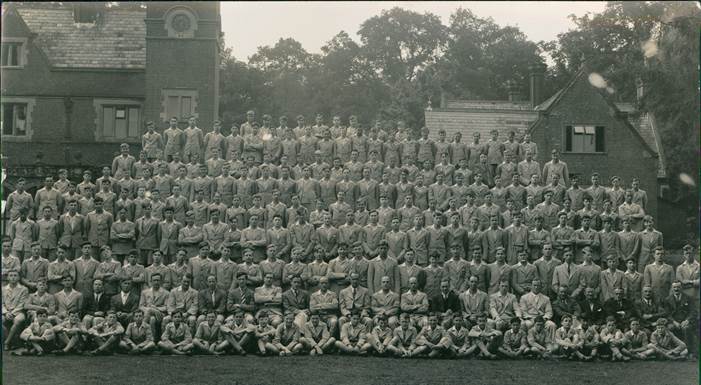 Dauntsey’s School group in the 1930s.
Click to enlarge

When we showed this picture before we had no names. We should have had one for we clearly recognise the school bursar who was Jack Welch. He was father of our museum founder, Peggy Gye and also features in a separate blog featuring his World War One letters and Diaries. You’ll find it at www.jackwelchdiaries.wordpress.com/ .

And here he is in that photo. 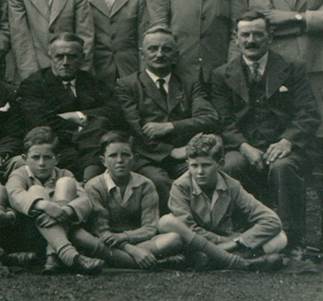 He’s the middle man in that part of the picture.

Let’s zoom in on others. 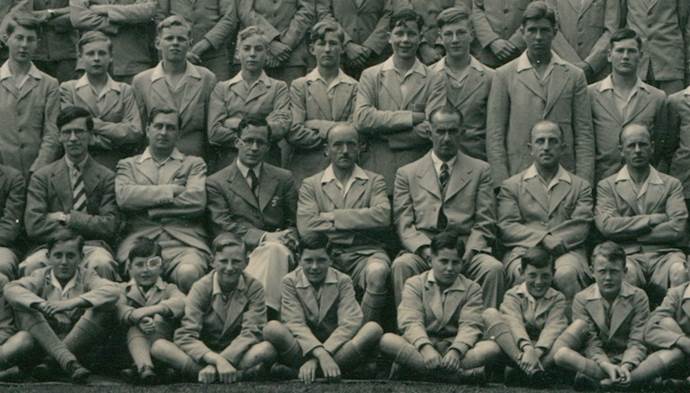 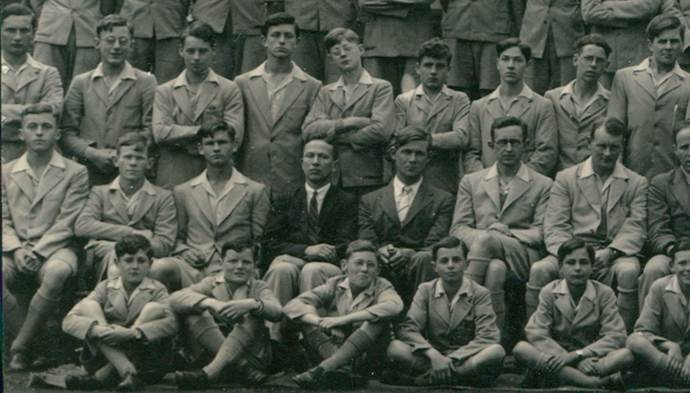 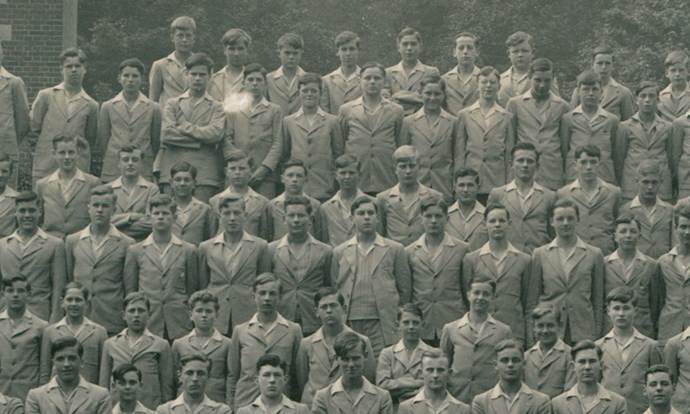 It would be good to get some more names of some of these men and boys. But of course, this was 80 years ago.