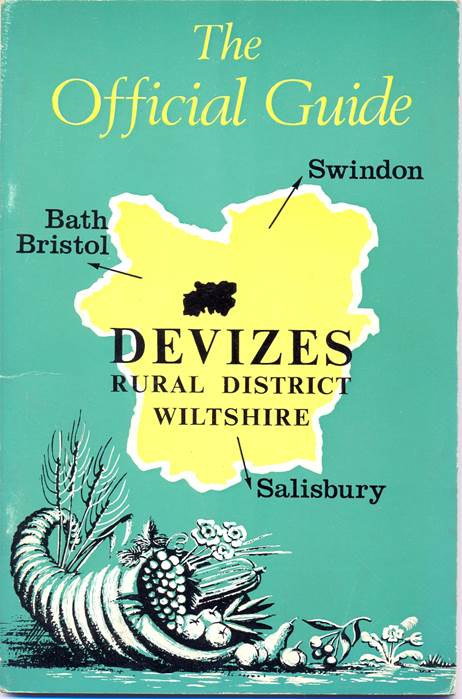 Guide to Devizes Rural District in 1967

That’s a lovely front cover with a cornucopia implying wealth and prosperity.

This little booklet has recently been given to the museum. Apart from our own parishes of Market Lavington and Easterton, it covers all of those parishes which surrounded Devizes and were a part of the rural district. Of course, here we concentrate on our two parishes and this is the brief description given of the parishes. Distance and direction from Devizes are given

EASTERTON (7 miles S.) rises towards the Plain and includes extensive downland and woods. The church of St. Barnabas was built in 1866. There is a handsome old manor house at Eastcott, an interesting Manor House in Easterton village and Willoughbys, a historical gem in White Street. A new brick village hall has been erected by voluntary contribution. Local industry includes a jam factory.

In a remote part on the boundary of this parish lies Wroughton’s Folly, the site of a vanished 18th century house belonging to the Wroughton family and called Maggot Castle.

MARKET LAVINGTON (6 miles S.). From medieval times until the mid-nineteenth century a weekly market was held in Market Lavington, chiefly for the sale of sheep and corn. This large village is attractively situated amidst sheltering trees below the Plain. The church, dedicated to St. Mary of The Assumption, is of 14th century dating, with a Perpendicular tower and clerestory to the nave. Fragments of Norman masonry survive from an earlier building. The Chantry chapel founded by Peter de la Mere in 1343 is dedicated to St. Katherine and St. Margaret and has a spiral stairway to the former rood loft.

The Victorian Manor House is now occupied as a dormitory for boys at Dauntsey’s School in the neighbouring Parish at West Lavington.

The legend of the drummer boy, related by R. H. Barham in Ingoldsby Legends, whose accusing ghost appeared to his murderer and caused him to confess, is set on the old road across the Plain from Market Lavington to Salisbury and is marked by the signpost known as The Drummer Boy’s Post.

A photo of Market Lavington is in the book. It shows what was then still quite a new secondary school. 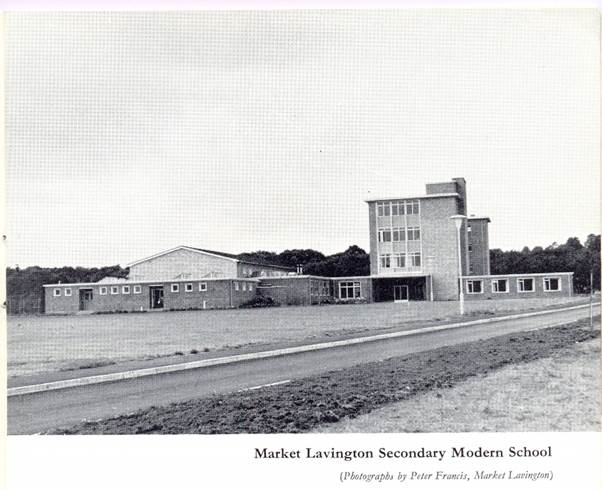 Lavington School features in the booklet

We can see the photo was by Market Lavington’s resident photographer, Peter Francis. In fact he took most of the photos used whatever parish they came from.

Advertisers will have helped defray the cost of the book. Amongst advertisers was Peter Francis. 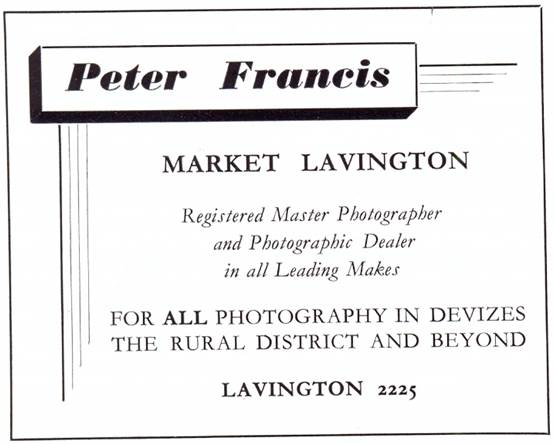 Other local advertisers were: 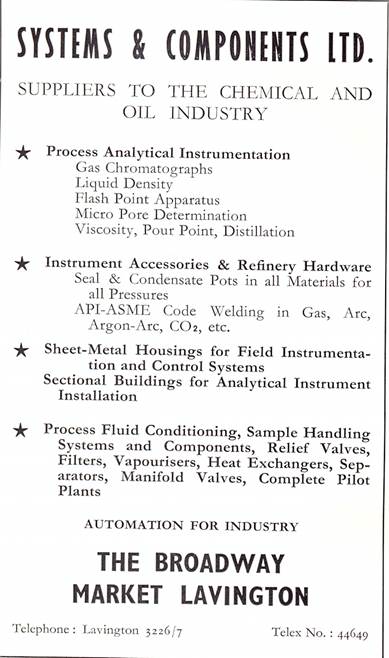 Systems and Components had taken over the old brickworks buildings.

This pub, known affectionately as ‘The Volley’ was on the corner of Church Street and Parsonage Lane. The building is now a private house.

The McBeths had the shop in Easterton which was opposite the junction with Kings Road. and the garage which sold Regent petrol was a little further along Easterton High Street towards Market Lavington. It was run by Mr Faulkner. 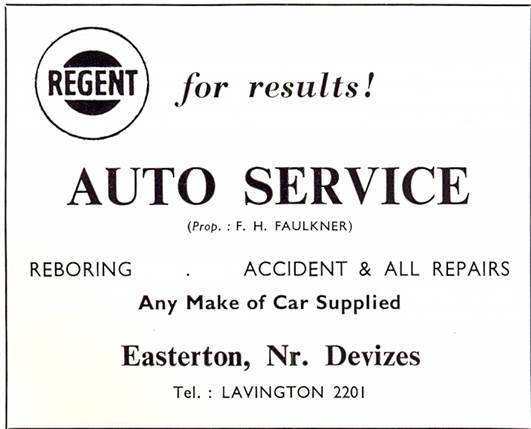 The book makes a lovely addition to our collection. It offers a snapshot of life in the area almost fifty years ago.