Queen Victoria became much loved – well, we all love an old lady and as most British people, by 1897, had never known another monarch, she must have seemed like a timeless symbol of our country. People in their tens of thousands bought commemorative items back then, for in 1897 Victoria celebrated 60 years as queen. It was her diamond jubilee.

We have looked at some commemorative items we have in Market Lavington Museum in the past. You can see a commemorative magazine here and a brooch by clicking here.

This was lost in the old recreation field and no doubt somebody was saddened to realise it had gone.

It’s cheaply made of base metal and has evidence that it once had a loop at the top. Presumably this was attached to clothing in some way, but sadly, for the owner, it broke and the medallion fell to earth.

100 years or so later it was found by Norman and now has a permanent home at the museum.

A local club, the Easterton Archers, also use metal detectors to locate arrows that have missed the target. 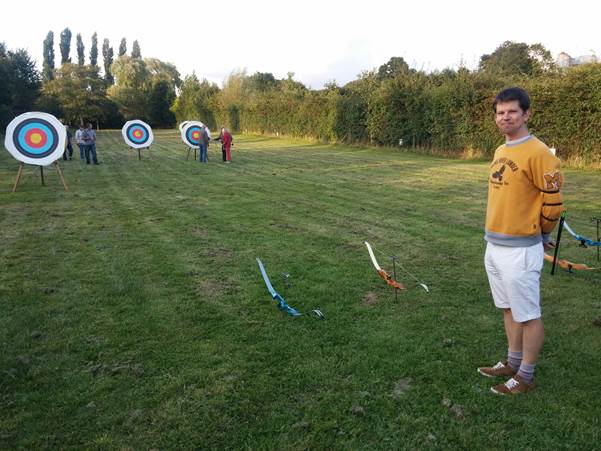 This 2014 archer looks satisfied so no doubt he hit every time.