Drove Lane, Then and Now

What a change in less than forty years! The section of 1973 Drove Lane we show was a rather austere looking piece of road. This was an area that had been widened and provided with a pavement when the new St Barnabas School opened in 1971. Drove Lane still had that harsh, new look when the photo was taken. 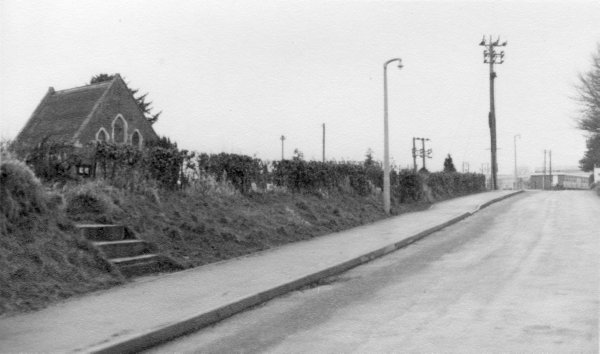 On the left we can see the steps that lead up to the footpath across to Northbrook. The building is the cemetery chapel of ease. The cemetery is in Market Lavington but is run by the Easterton Parish Council. When the old chapel was no longer needed and was beginning to be in an unsafe state, it was demolished. So that is no longer a part of the scene.

Looking up the hill we see new looking streetlamps and a small forest of electricity poles based around the electricity substation which had been constructed alongside the road. At the top end of the photo we have the new St Barnabas School, providing primary education for all of the children of Market Lavington and Easterton. It replaced Victorian buildings in both parishes. It is interesting to see that the new school was not big enough. A mobile classroom stands in front of the main building. 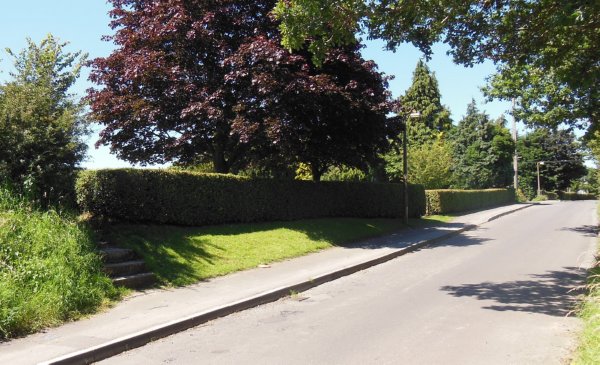 The steps on the footpath to Northbrook help locate the scene.  And oif course, Drove Lane follows the same course. But the harsh new scene of 1973 has become a scene of lush and verdant vegetation. The cemetery chapel may have gone, but even if it was still there it would hardly show behind the copper beech tree.  The street lamps have been changed and the substation has been masked by trees and shrubs planted for just that purpose. St Barnabas School is not visible because of the new growth. Another change in the area does not show at all. Back in 1973 mums walked to school with their young children. In 2012, working parents drive their children to school. A car park/drop off point/turning area was required to cope with this and one was created. It, too, can’t be seen at all.