Another photo recently given to Market Lavington Museum shows a little bit of Easterton in about 1900. 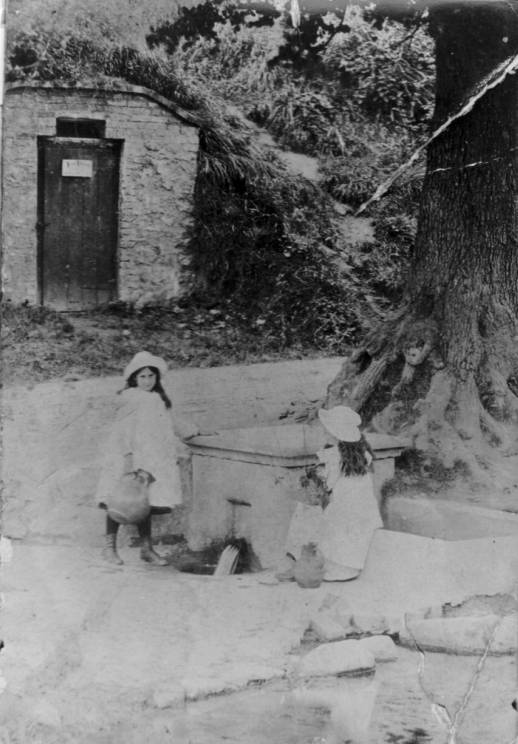 A charming scene in Easterton, Wiltshire in about 1900. The photo is at Market Lavington Museum.

It can be seen that this picture is not in perfect condition. The photographer must have been standing on the bridge over the stream. This is on the road which leaves the main route and then veers round to the right, behind the two girls to head to the Village Hall and on up to The Sands.

The photo dates back to a time before Easterton had a pump for water. The two girls are about to fill their pitchers from a dipping well. 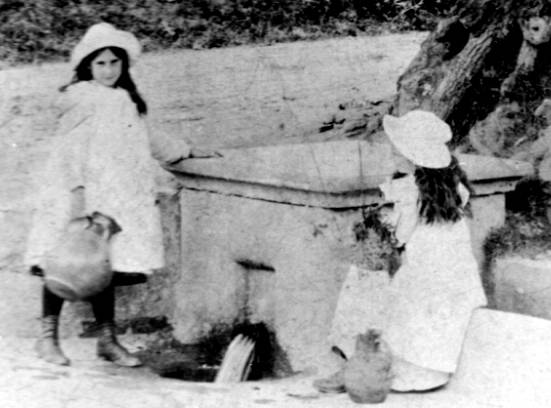 Girls fetch water from the dipping well at Easterton

So that’s the water from the title. What about the fire?

Fortunately, there isn’t a fire, but had there been, the wooden door behind the girls would have been opened to reveal Easterton’s very own fire engine. We have looked at this venerable machine before. Click here to see it.

In fact, the door behind the girls is clearly labelled FIRE ENGINE – it’s a bit blurred in this photo. 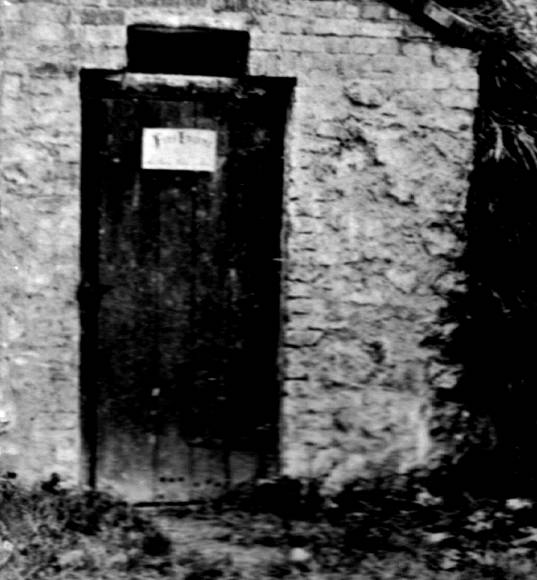 FIRE ENGINE is written on this entrance to an underground room.

This entrance also housed the jam factory pump – presumably to get water up to that building.

The door is still there, although it no longer hides a fire engine and the jam factory is long closed. Brambles and other plants have all but concealed this historic little cave-like building.