Time was – and not so many years ago, when petrol could be bought in West Lavington, Market Lavington and Easterton. Times change and the rural petrol station has been a big casualty in recent years. Petrol (or diesel) are not sold anywhere in the Lavingtons now and local drivers have to make their way to other places to fill up their vehicles. Fortunately, the Tilshead garage survives as well as a number of outlets in Devizes but of course, many motorists will work in a larger place and will have access to the cheaper petrol stations there. And that, almost certainly, is what brought about the demise of the local stations, like the one we feature today in Easterton. 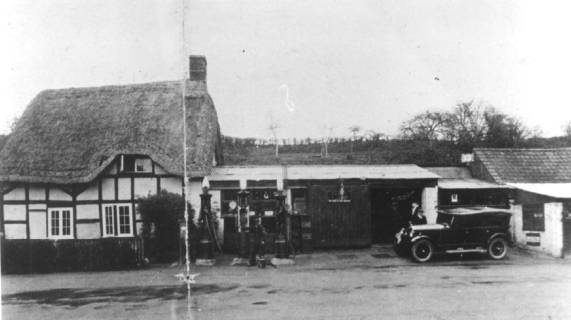 The photos we have at Market Lavington Museum are undated. The car here looks as though it could be from the 1920s or early 1930s 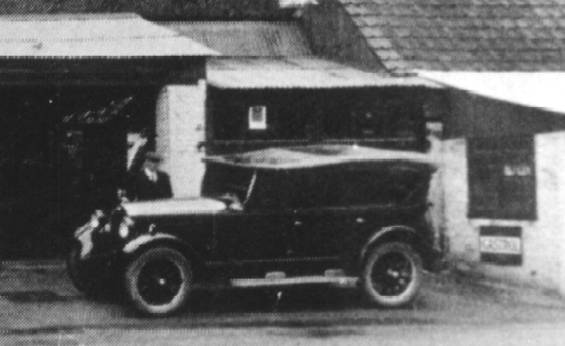 The car at Easterton Garage

There’s a driver looking lovingly at his vehicle and also a Castrol advert on the wall behind the car.

A second photo concentrates on the pumps and the thatched cottage – which looks perilously close to where the highly flammable liquid is dispensed.

We are keen to increase our stock of Easterton photos at the museum for Easterton was once a part of the Market Lavington parish.

If you have any items to offer then do contact the curator.