Not so long ago some photos came our way. They were photos, presumed to be in Easterton or of Easterton people because they had originated from Tom Jefferies.

Sadly, for us, they are not well documented. That, we hope, is where you people out there come in. If you are one of our many world wide readers, then maybe you won’t get as much information about a picture as we sometimes give. Bear with us – and let’s hope the locals can provide more.

We’ll show here a picture we can take some guesses at. 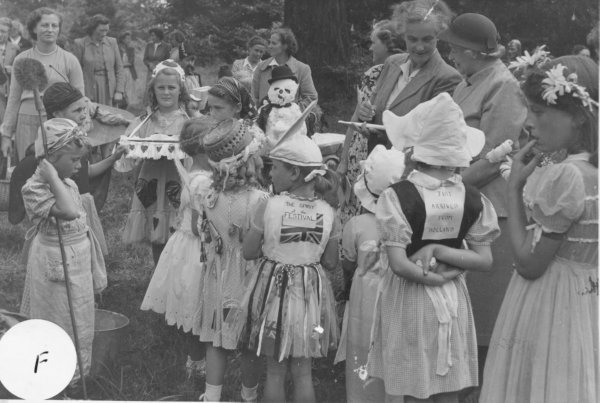 We know none of the people in this picture but we think it could be 1951. The children are in fancy dress and that could be timeless, but some of the adults look to be wearing early 1950s clothing. But the real pointer is the label on the back of one of the girls. 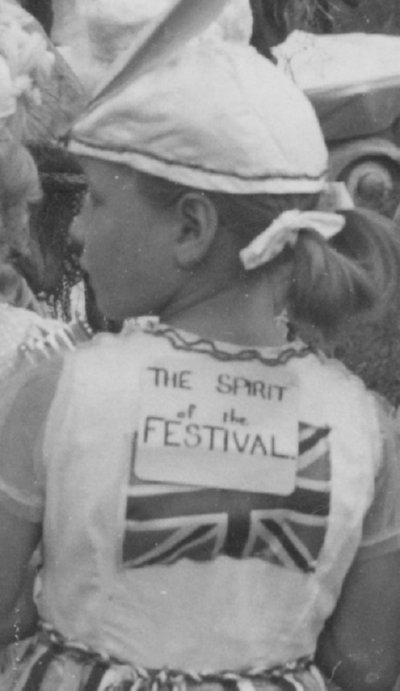 “Spirit of the Festival’ suggests 1951

It reads, ‘Spirit of the Festival’ – surely a reference to the Festival of Britain which was in 1951.

To help with people recognition, here’s an enlarged collection of children in the photo. 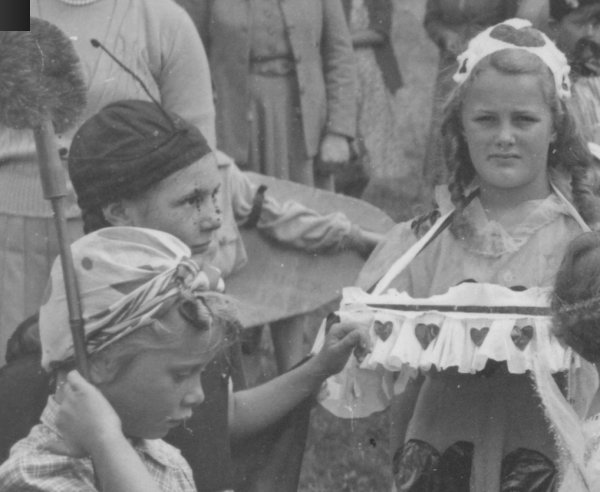 Some of the children of Easterton

And here are a couple of the women. 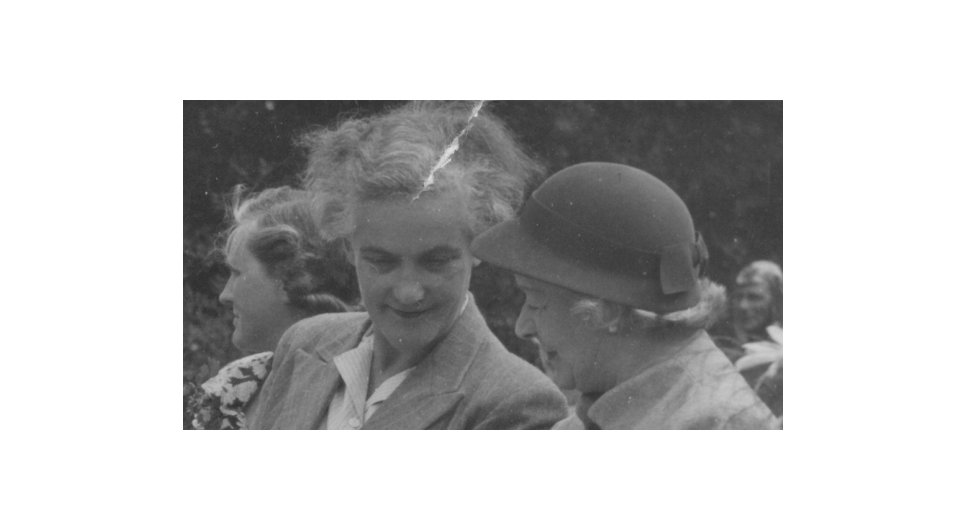