This postcard of Easterton was recently bought on an Internet auction site and given to Market Lavington Museum. 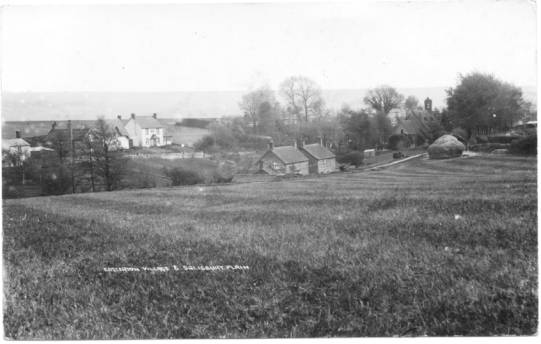 Easterton and Salisbury Plain - a postcard at Market Lavington Museum

Its caption is Easterton Village and Salisbury Plain but it is a rather unusual view, which would not, now, be anything like the same.

Salisbury Plain lives up to its name for it shows up as the flat topped grey area in the background.

The building in the image which fixes the location is St Barnabas Church. This building dates from the late nineteenth century, when Easterton became a separate parish from Market Lavington. We can also see a rather roughly constructed haystack which does appear to be raised off the ground. The wooden shed to the left has the look of a hen house, also raised off the ground. 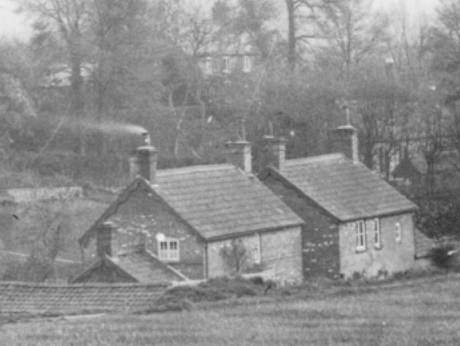 These houses seem to be set well below ground level. In fact they are alongside the stream in Easterton. The houses are still there but if a similar photo were taken today they may be hidden behind Easterton’s Village Hall.

Houses alongside the main road in Easterton

These houses must be those alongside the main road as you leave Easterton heading for Eastcott and Urchfont. An Easterton postmark - but do sender or recipient have anything to do with the village?

The names on the back don’t mean anything to us at the museum, but we are pleased to have an Easterton postmark, albeit not a very clear one, as well as the image itself.