In 1925 the Williams family owned what was left of the Easterton Manor Estate. Today we look at a map which indicated the ground owned by John William Morgan Williams in 1925.

It’s a long thin map and, please note, north is not at the top.

Field names do tend to go out of use. It is good to see what fields were called almost 90 years ago. 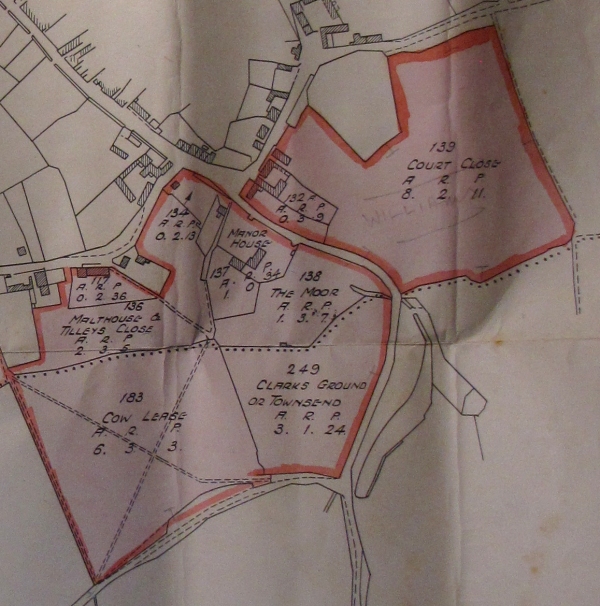 The area around Easterton Manor House

Here we have Easterton Manor House, roughly central. The main road through the village passes between the house and Court Close. Other fields named are The Moor, Clarks Ground or Townsend, Cow Lease and Malthouse & Tilleys Close. Only Mr Williams’ land is named. Those are the areas in red.

Other fields are scattered over the area to the North East of the manor and include Crossway Ground, Sheep House Ground, Tumble Down, Bakers Down and  Great Ground.

Across the railway we find that John Williams also had The Crofts, Short Marsh, Broad Mead and Common Grounds.