This postcard image shows a little bit of Easterton Street. We are uncertain as to its date, but the building on the right was the house and shop, then in use as the Post Office. It is more or less opposite the Royal Oak. 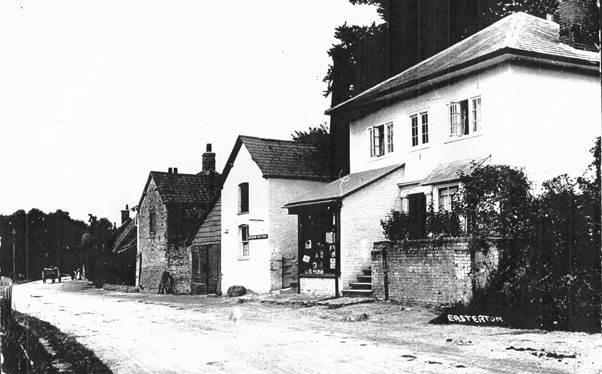 We have enlarged the photo a bit too much but we can read the sign – Easterton Post Office – and also note the large square bracket which would have held a gas lamp. 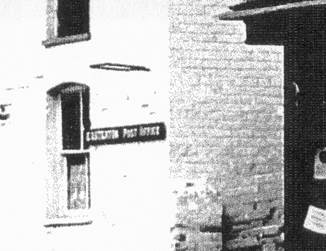 Further down the street we can see a bicycle leaning on a wall. There’s some kind of cart (with unreadable writing on the back of it) and a small group of people standing near it. With no evidence of a modern age we suspect this might date from before 1920 – but do let us know if you have more knowledge than us.

Our next comparison shot is also undated. We do not think that the 7/84 is a date. The photo is older and could be the 1950s or early 60s although the one car we see looks older than that. 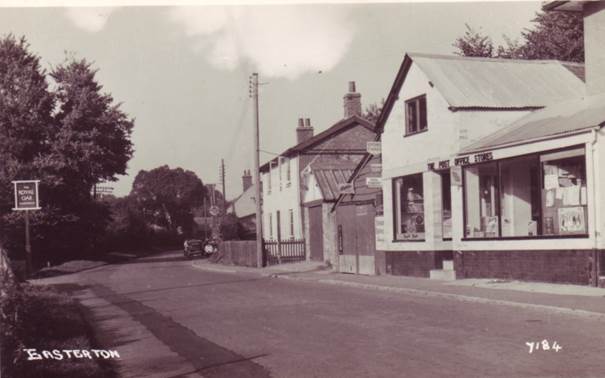 There are many changes. The post office has had its slates replaced by a sheet metal roof and it has been linked to the house with an extended frontage. The building next to the shop – the one with the bike – has been demolished and replaced by lean-to and garage type buildings. We can see Oak Cottage in this shot. In the older photo only the chimneys were visible. 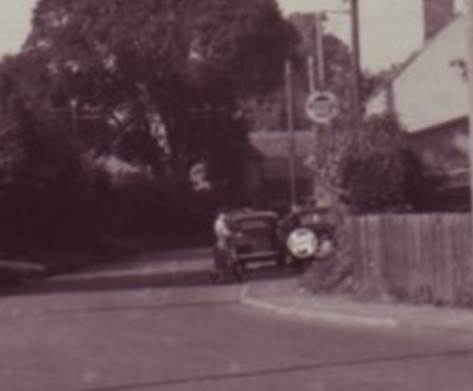 A car at Easterton’s petrol station

There’s the car which is at the petrol station (long gone of course). It looks as though the sign is for Regent petrol. 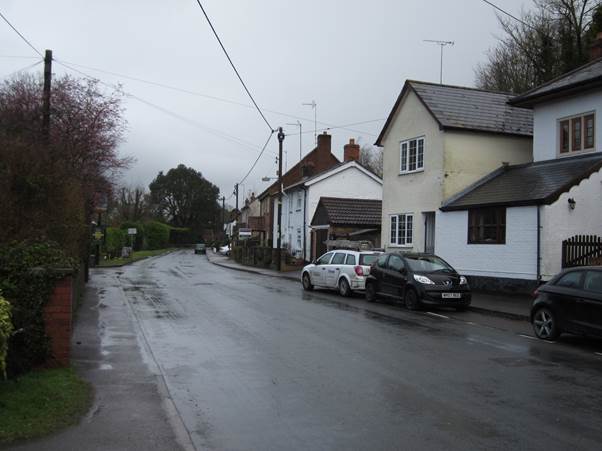 Cars, of course, have proliferated. The Royal Oak sign can just be seen on the left. The former Post Office is now slate roofed again. So is the extended former entrance to the shop.

A new house has sprouted up beyond Oak Cottage. The distant car is not at a petrol station. One by one these service stations have closed and there are none in any of the Lavingtons or Urchfont these days.